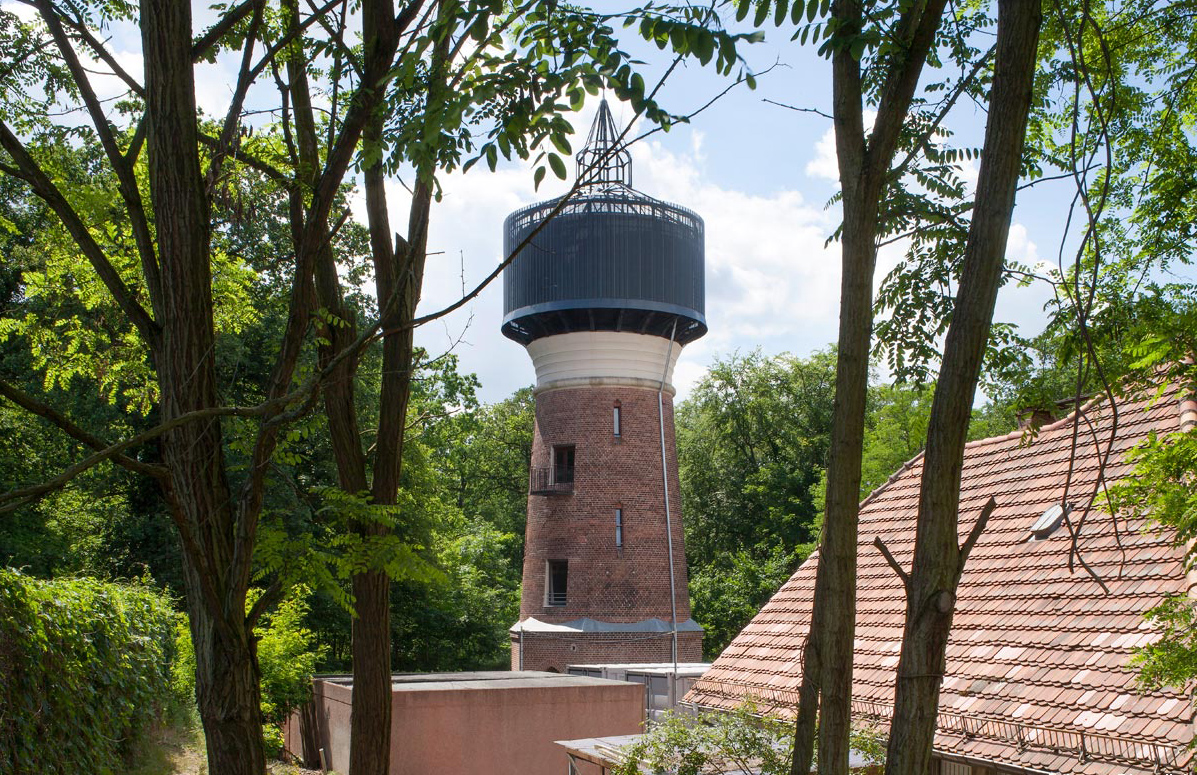 A derelict water tower has been reborn as a minimalist holiday retreat in Potsdam’s wildlife park.

Architects Katrin Wirth and Daniel Alonso González revived the red-brick building, which was built in 1910 to supply water to the German city’s steam locomotives, before falling out of use in the 1980s. The water tower was left to decay and slated for demolition before the couple bought it in 2014, and set about turning it into a weekend retreat.

Wasserturm am Park Sanssouci unfurls over six levels and retains many of its historic details, including a domed ceiling and an iron staircase which ascends through the building.

The kitchen sits on the ground floor, with three bedrooms and a living room above. The fourth floor is a ‘mini-museum’, dedicated to the history of the waterpower and its conversion, which houses historic trinkets (including an old water tank with original fixtures) salvaged during the building’s adaptive reuse.

Interiors area mix of old and new industrial: exposed brickwork and beams have been teamed with crisp white paintwork and pale wooden floors.

Completed earlier this year, Wasserturm am Park Sanssouci is available to rent via Holiday Architecture starting from €200 per night, but you’ll need to be fit if you want to book a stay… the water tower has no elevator.

The German holiday home has a private roof terrace with views over the 875-hectare wildlife park and nearby New Palace.