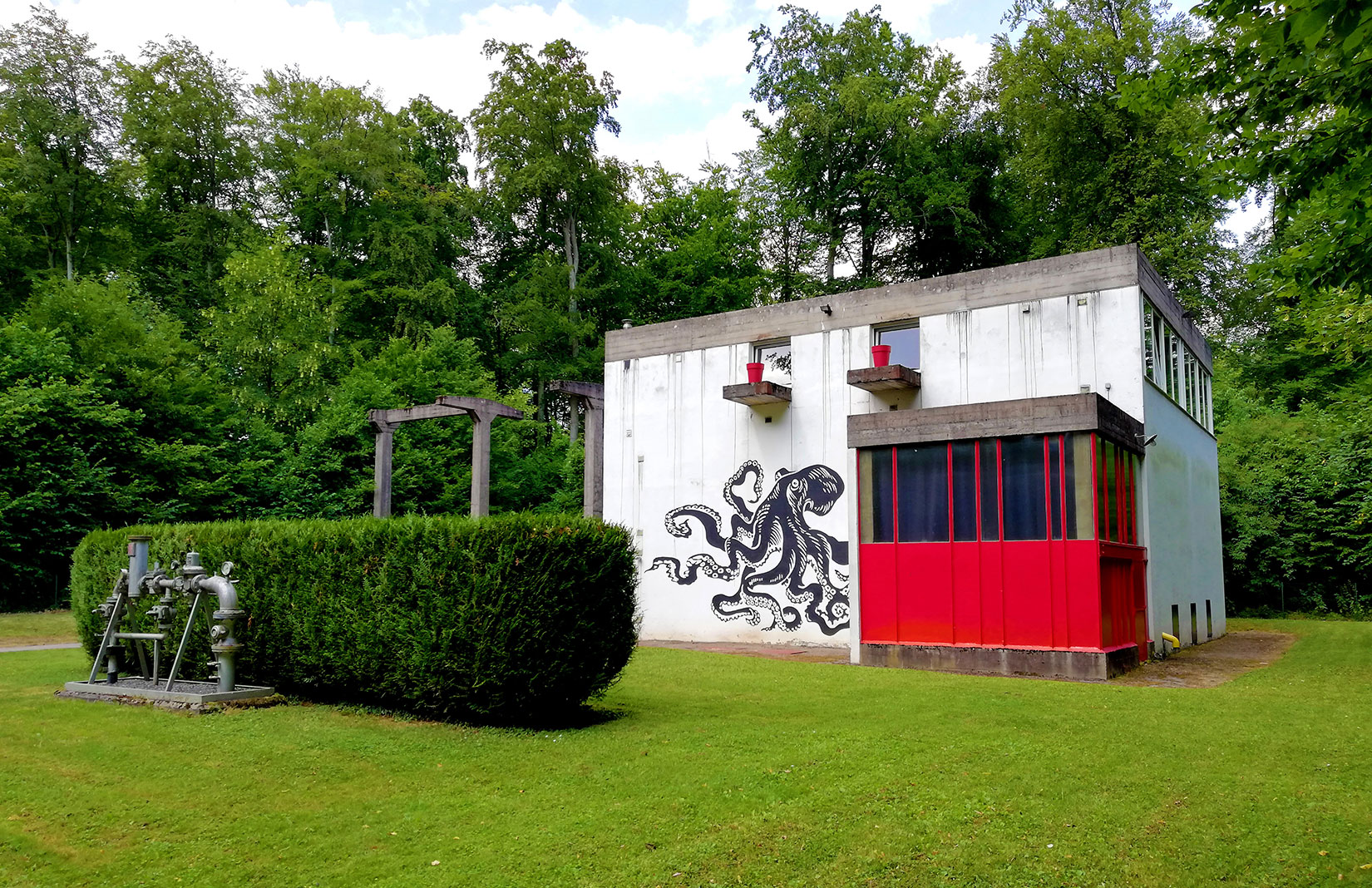 This converted boiler room in France’s Briey-en-Forêt was designed by Le Corbusier – and it could be yours for €415,000.

The 3,229 sq ft Lorraine building was decommissioned after a boiler room was built inside the block, and the defunct structure was bought in its original state by its owners who’ve adapted it into a woodland home. It’s now on the market via Patrice Besse but it will need some work.

Seven inward buttresses support the structure and create a fully open interior. The first-floor living rooms have a series of picture windows on two sides while the ground floor houses a mezzanine bedroom and storage space.

Go inside this brutalist beauty in the French countryside