Peckham Levels will transform a car park into a culture hub

Seven storeys will be given over to Peckham Levels, a six-year-long venture co-founded and designed by Carl Turner Architects. It will take over the Brutalist building on Rye Lane, which is already home to art gallery Bold Tendencies and rooftop summer haunt Frank’s Cafe.

The ground floor will become a public market selling fresh produce, as well as arts and crafts created by artists working in the building. Meanwhile levels one to four will be transformed into 30 private studios – designed for ‘noisier’ residents, and kitted out with a 3D printing lab and ceramics studio – and 20 shared workspaces for creatives working in design, music and the media sphere.

Peckham Levels will also include a collaborative 80-person coworking space, equipped meeting rooms, and recording and rehearsal studios, with desks starting from £195 per month.

Around 10 studios will be offered at a heavily discounted membership rate of £108 per month as part of the Creators in Residence programme, which supports local talent who otherwise wouldn’t be able to afford space in the building. Around 75% of Peckham Levels members will be drawn from Peckham and 85% from the local borough of Southwark.

So far studio members include creative collective Gal-Dem, artist Anastasya Martynova, violin maker Andreas Hudelmayer and The Reasons Why Foundation, among others.

But there’s plenty for non-members too: a street food market, cafe, bars and an event space will fill levels five and six of the carpark and will be open daily. There’ll also be a yoga studio and a hair and beauty salon.

Ahead of the opening on, you can visit Bold Tendencies’ new viewing gallery which sits atop the car park, designed by Cooke Fawcett. The observatory spans the width of the building, offering panoramic views over London.

Read next: From car parks to culture parks – new hubs for city life

6 products rebooting the office cubicle for the post-pandemic world 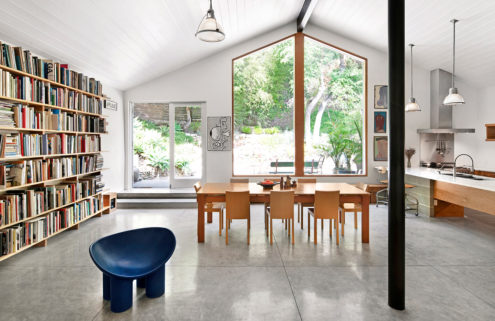