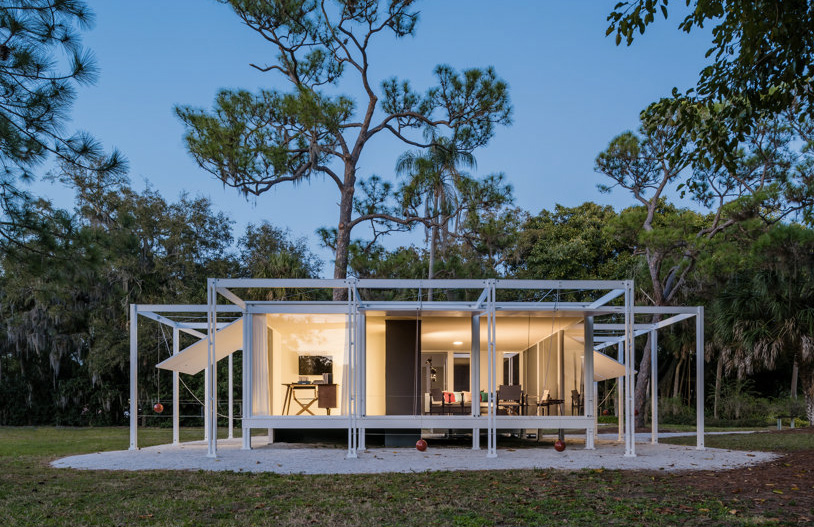 Paul Rudolph’s Walker Guest House was for sale last year, but if you missed out on the Florida landmark, there’s a second chance to snap it up. A full-scale replica of the seminal beach house will be auctioned this month via Heritage Auctions.

The 576-sq-ft replica goes under the hammer on 25 February, with the lot including a living room table, bookshelf/divider and a daybed also designed by Rudolph. Like the original, the one-bedroom modernist property comprises plywood, steel, painted cast-iron and glass.

Bidding will start at just $10,000 – the same budget as the 1952 original, described as a ‘spider crouching in the sand’ for its metal limbs and unique weighted pulley system which shutters the house against strong winds. The red balls earned it the nickname Cannonball House.

The replica – commissioned by the Sarasota Architectural Foundation – is currently residing in Palm Springs where it’s on view during Modernism Week. Its new owner will need to dismantle the beach house and relocate it by 24 March 2020 to its new home as unfortunately land is not included in the sale.

One of San Francisco’s ‘Painted Lady’ homes hits the market