Property I by Kylie McDowell

Welcome to our weekly property digest, where we bring together the best homes for sale and rent across the world. This week, we have an artist’s home and studio complex in Los Angeles County, and a 14th-century Abbey turned holiday home in Suffolk among our discoveries.

Artist’s 1930s home and studio in LA County, US

4 bedrooms; $2.495m via Oliver Ferra
The Art House in the Santa Monica Mountains belongs to visual artist Liza Lou. The Topanga Canyon area property was meticulously constructed in the 1930s by a wood craftsman, and features barn-like spaces and a large artist’s studio. An open-plan layout and pitched roof create high volumes in the house’s main living spaces. See more.

Sleeps 18; £680 per night
Grade I-listed Butley Priory is a peaceful countryside retreat offering a window into the past. Home to Augustinian monks in the 12th century, only the gatehouse remains from the original abbey. It is surrounded by eight acres of forest in east Suffolk and was built under prior William de Geystone (1311-1322). Butley’s Priory boasts features from every century and has been gently updated with modern amenities by its present custodians, the Cavendish family, who have lived there since 1987. Take a tour of the historic property. 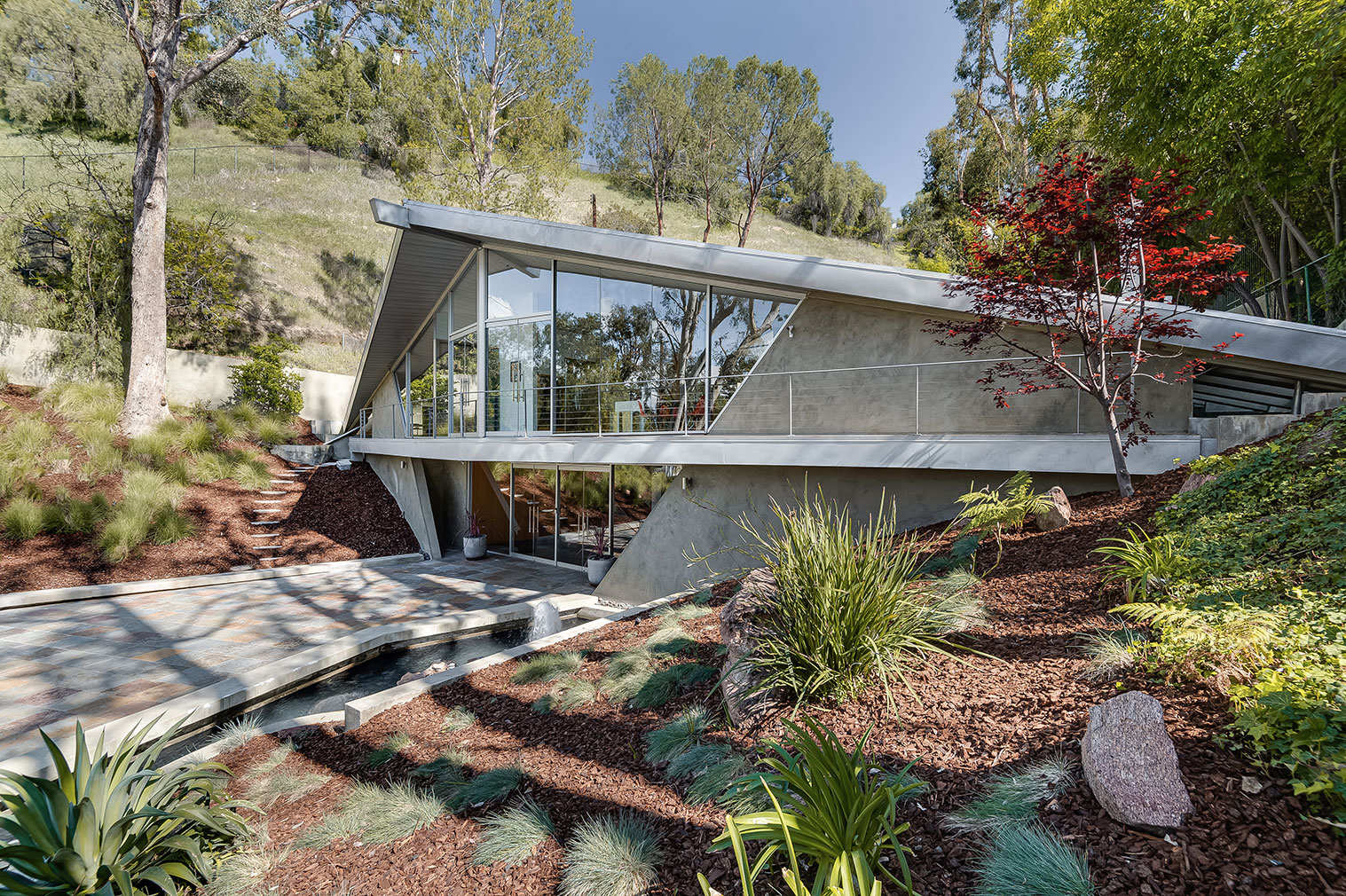 4 bedrooms; $3,999,900 via Trisha Perez & Associates
The futuristic Triangle House by architect Harry Gesner in Los Angeles is all about sharp angles. Built in 1960, the midcentury modern home has triangular concrete and glazed walls set beneath a wide pitched roof that slopes down to ground level. It between two hills the Tarzana neighbourhood of the city in the San Fernando Valley region. Inside, the open-plan living room has glazed end walls that give extensive views of its wooded surrounds. See inside.

Tags: On The MarketOut top properties