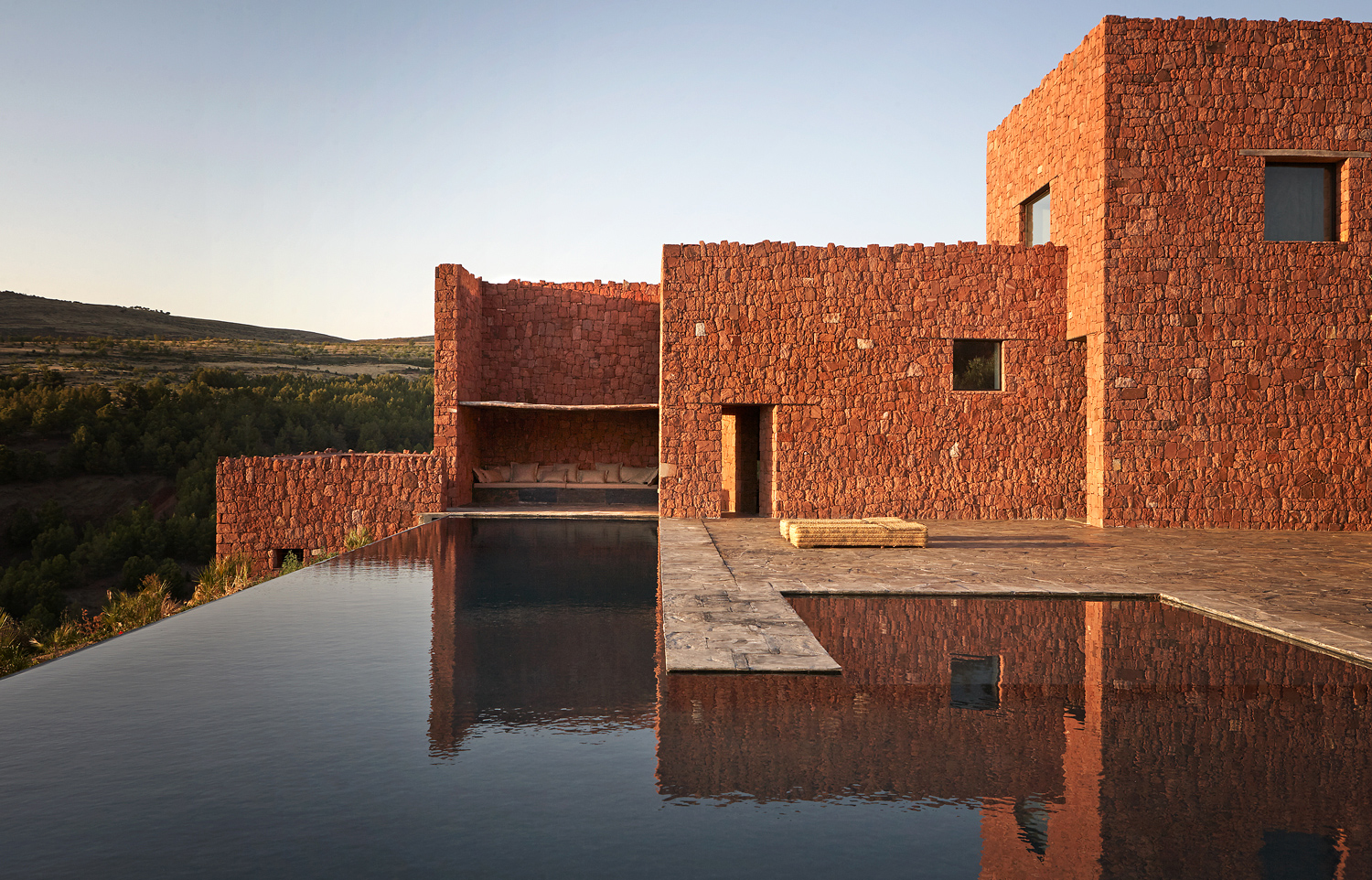 Welcome to our weekly property digest, where we bring together the best homes for rent and sale across the works. This week, we bring you a Frank Lloyd Wright gem that’s up for auction next month and a semi-converted water tower in the German capital.

We love a water tower, especially one with that retains its rugged industrial character. This pre-war redbrick structure in Berlin’s Prenzlauer Berg has been partially converted and offers its new owner the chance to create a unique home or live/work space. The industrial landmark is among our favourite Berlin properties on the market right now.

No reserve; Heritage Auction sale on 12 August
Frank Lloyd Wright designed this Usonian home in 1939 and expanded it further a decade later. The L-shaped Kansas City property has red cedar interiors and exposed brick, original fireplaces and cabinetry. It’ll go under the hammer on 12 August with no reserve – see more.

4 bedrooms; POA via Daniel Feau
This 1972 French villa by architects André Lefebvre and Jean Aubert has a private beach and a rooftop terrace with panoramic views.

2 bedrooms; from €450 per night via Galeria Solo
Solo Pezo is among the first Solo Houses – a series of eight architect-designed holiday villas in Cretas launched by Galeria Solo founder Christian Bourdais. This one, built in 2013 and designed by Pezo Von Elrichshausen has retractable windows so guests can take in view of the natural surrounds.

7 bedrooms; from £1,667 per night via Villa Nova
Studio KO designed this boxy minimalist villa, which puts a contemporary spin on traditional Moroccan architecture.

7 of our favourite London properties on the market right now

Tags: On The MarketTop properties