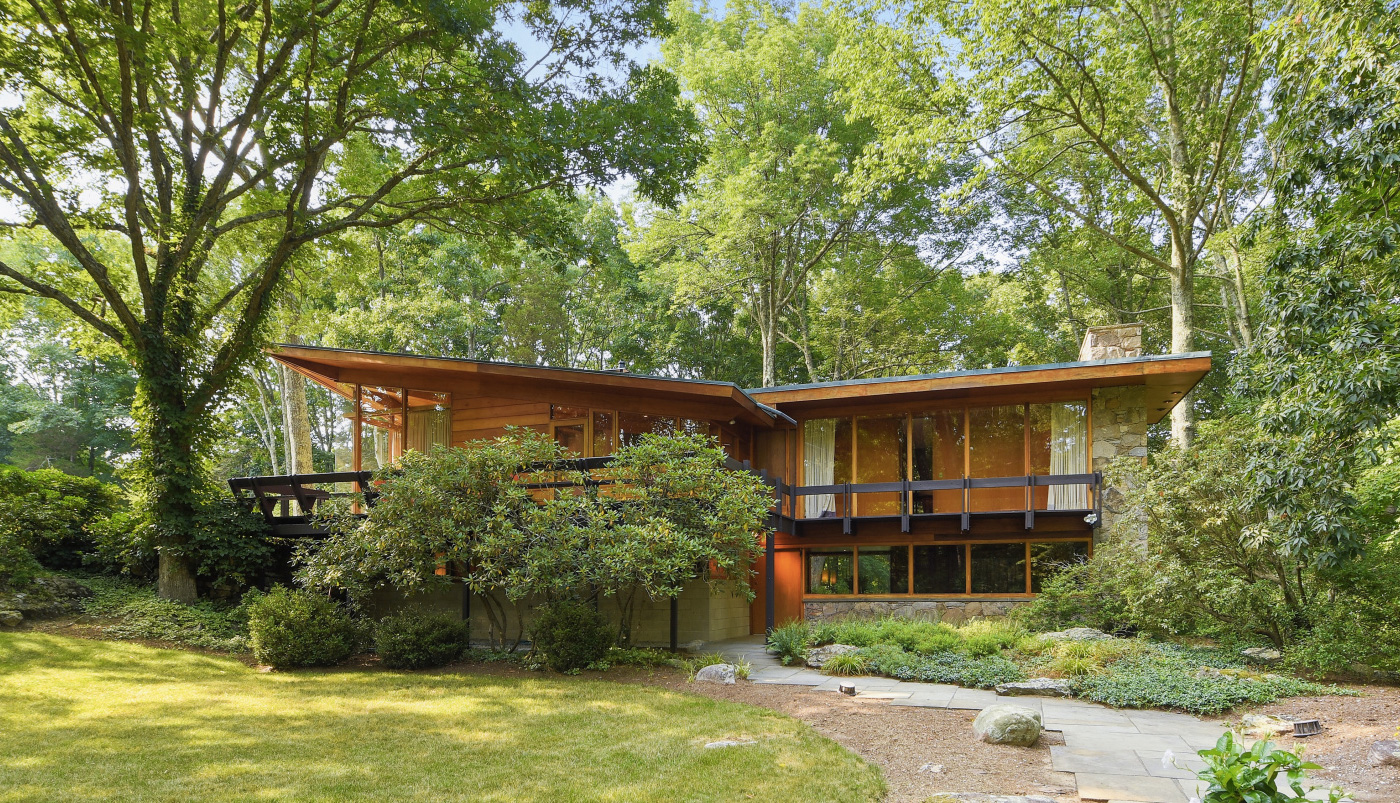 The Pound Ridge house sits in the Hudson Valley and was originally designed by architect David Henken in 1956. Henken apprenticed under Frank Lloyd Wright and designed a number of modernist boltholes in the area. According to public records, the DJ bought the 3,162 sq ft New York property back in 2009.

Says Moby: ‘It’s one of the most beautiful [midcentury modern] houses I’ve seen, but to be honest, I’m rarely there. So, I’m going to sell it and take the money to: support progressive political candidates, support my animal rights foundation, produce documentaries, and fund scholarships.’

The two-bedroom midcentury property at 280 Salem Road is on the market via Ginnel Real Estate.

Speaking to Curbed, Moby said: ‘Oddly, a lot of midcentury modern houses in Westchester are quite dark, and this house has big soaring panes of glass, so it’s really beautiful and bright.’

A stand out star is the Great Room, which features vaulted timber ceilings and a corner fireplace, while the downstairs office incorporates a natural rock formation.