One of Venice’s iconic ‘Scuole Grandi’ has been refurbished and reopened as an event space, where guests can marvel at frescoes by some of the city’s greatest Renaissance artists.

Officially known as the Scuola Grande della Misericordia, the building in the lagoon city’s Cannaregio district is one of the seven ‘Scuole Grandi’ of Venice. These institutions were home to a confraternity of wealthy dignitaries who, for centuries, made significant contributions to the social, political and religious fabric of the Republic of Venice.

Following a renovation project overseen by architect Alberto Torsello, the building’s original function as a space for hospitality has been revived. The reopened Misericordia has begun hosting events with a focus on social engagement and cultural exchange (its 2017 Venice Biennale event will be revealed shortly).

The original plans for the Misericordia were drawn up by the Renaissance architect Jacopo Sansovino, in a style influenced by Roman classicism. The vast hall on the building’s first floor remains one of the largest in the historical centre of Venice. Its walls are decorated with exceptional frescoes attributed to the school of Paolo Veronese.

The dissolution of the Republic of Venice at the end of the 18th century forced the confraternity to leave the site, and the building was subsequently adapted for various uses including as a military lodgings, a warehouse, a seat for the state archives, and a sports club that held basketball matches in the magnificent hall.

In 1991, the municipality of Venice appointed architect Giovanni Battista Fabbri to oversee a renovation project that was never completed. Alberto Torsello later took the project on, employing a light touch to ensure the Misericordia’s original character is retained.

‘Our objective was truly to enter on tiptoe,’ said Torsello, ‘and, because it is not even a finished building, its strength was not so much linked to a specific historical period but to the building’s story.’

Torsello’s interventions focused on preserving the Misericordia in its existing condition, with new materials chosen to improve with use over the coming decades. A lighting system was also developed to highlight key features while lending the spaces an intimate feel.

With a ground-floor room divided into three naves by twin corinthian columns, and the open first-floor hall offering a completely flexible space, the Misericordia is once again able to host hundreds of guests for dinners, seminars, performances or temporary exhibitions in the most spectacular of settings.

Read next: A frescoed Venice apartment comes up for sale for €8.9m 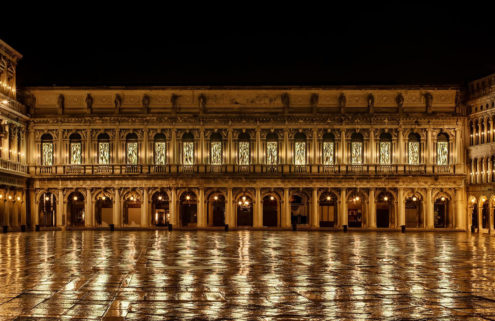 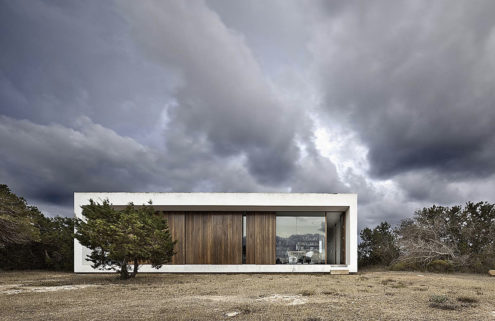 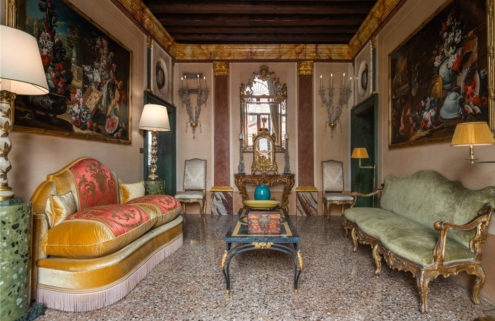