Mid-century-inspired Katamama hotel to open next month in Bali

The Katamama hotel opening in Bali next month stays true to its roots, drawing on architectural styles native to Indonesia.

Architect Andra Matin designed the five-storey structure following the rules of a Balinese practice called ‘tri angga’, whereby the building is proportionate in size to the number of its inhabitants.

More than a million bricks hand-crafted by artisans in the local village of Penglipuran make up the 58-suite structure, run by the PTT Family hospitality group.

Matin and the interior designers – Singapore-based Takenouchi Webb – also took cues from ‘Jengki’, a post-war Modernist style developed in Indonesia, which was heavily inspired by the Mid-century Modern movement in the US.

Each suite in the hotel has its own outdoor terrace and 1960s-style objects, including one-off pieces from the personal collection of PTT Family founder Ronald Akili.

‘Ronald’s design is driven by his passion for the mid-century look,’ Rosari adds. ‘Sometimes the reference wasn’t just furniture: it might have been a Bauhaus room. It’s a particular vibe or particular feel.’

Its restaurant – shared with the nearby Potato Head Beach Club, also run by the PTT Family – has a material palette of red bricks, rattan and natural stone. It is the result of a collaboration with Melbourne-based Spanish eatery MoVida.

The Katamama is the first of three planned projects by the hospitality group on the island of Bali. 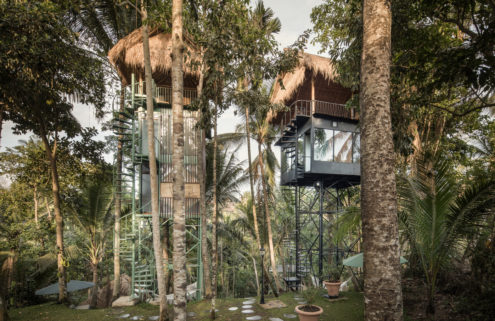 These treetop cabins in Indonesia have an unexpected industrial twist 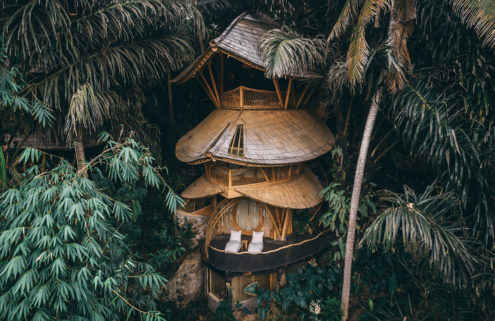 A playful bamboo treehouse is for rent in Indonesia 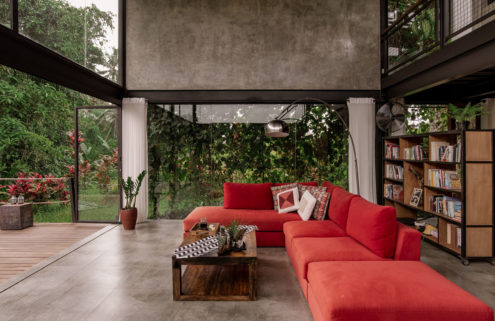 A taste of tropical modernism near Bali’s Ubud 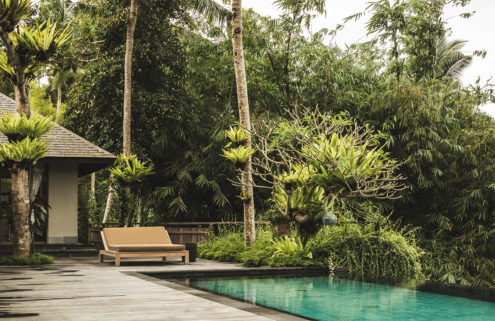