Architecture I by Tom Ravenscroft

Meet the new generation of ‘plyscrapers’

7 buildings taking timber towers to the next level

Dalston Lane In Hackney (currently under construction) will reach 33 metres when complete later this year.

Work has started in Vancouver on a building that will take the timber tower, aka ‘the plyscraper’, to a new level.

The 18-storey student residence at the University of British Columbia is being built out of a super-plywood called cross-laminated timber (CLT). When complete, it will be the tallest wooden skyscraper in the world and almost double the height of any other timber tower in North America.

CLT is an attractive and versatile building material: ecologically sustainable, it allows structures to be built quicker, cheaper and quieter than using traditional methods.

The material first grabbed global attention in 2008 when architect Waugh Thistleton completed the nine-storey Murray Grove in London. Since then, several towers of similar height have been built using CLT technology, but now a new generation of plyscrapers is pushing the boundaries, with plans for even taller timber towers being announced across the world.

Andrew Waugh, partner of Waugh Thistleton Architects, believes that UBC tower is a sign of things to come. ‘Now that North America is taking CLT seriously we can look forward to a timber explosion,’ he said. ‘It’s just like the computer or the space rocket – someone else invents it, but when they want to do something they have a real drive to do it, and do it better.’

We look at seven timber towers engaging in a game of one-upmanship as they vie to be the world’s tallest wooden building. 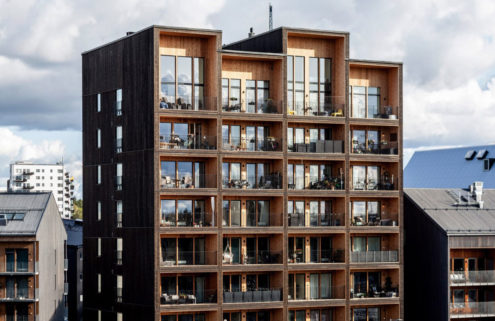 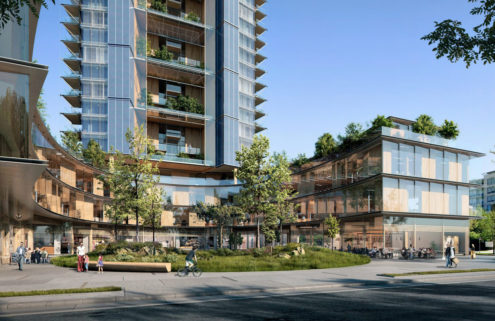 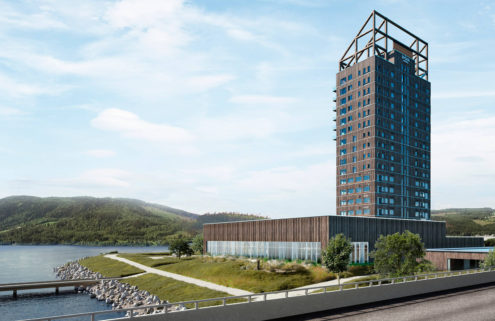