The gallery-like SoHo bolthole also features wall ceramics by sculptor Katie Yang in each of its 211 rooms. Space Copenhagen has complemented these with its own custom-made furniture and an earthy material palette.

‘We’re obsessed with materials – stone, woods, leathers,’ says the studio’s co-founder Signe Bindslev Henriksen. ‘We love things that age well. It’s part of our responsibility that a project lives on in a beautiful manner long after we’ve left.’ 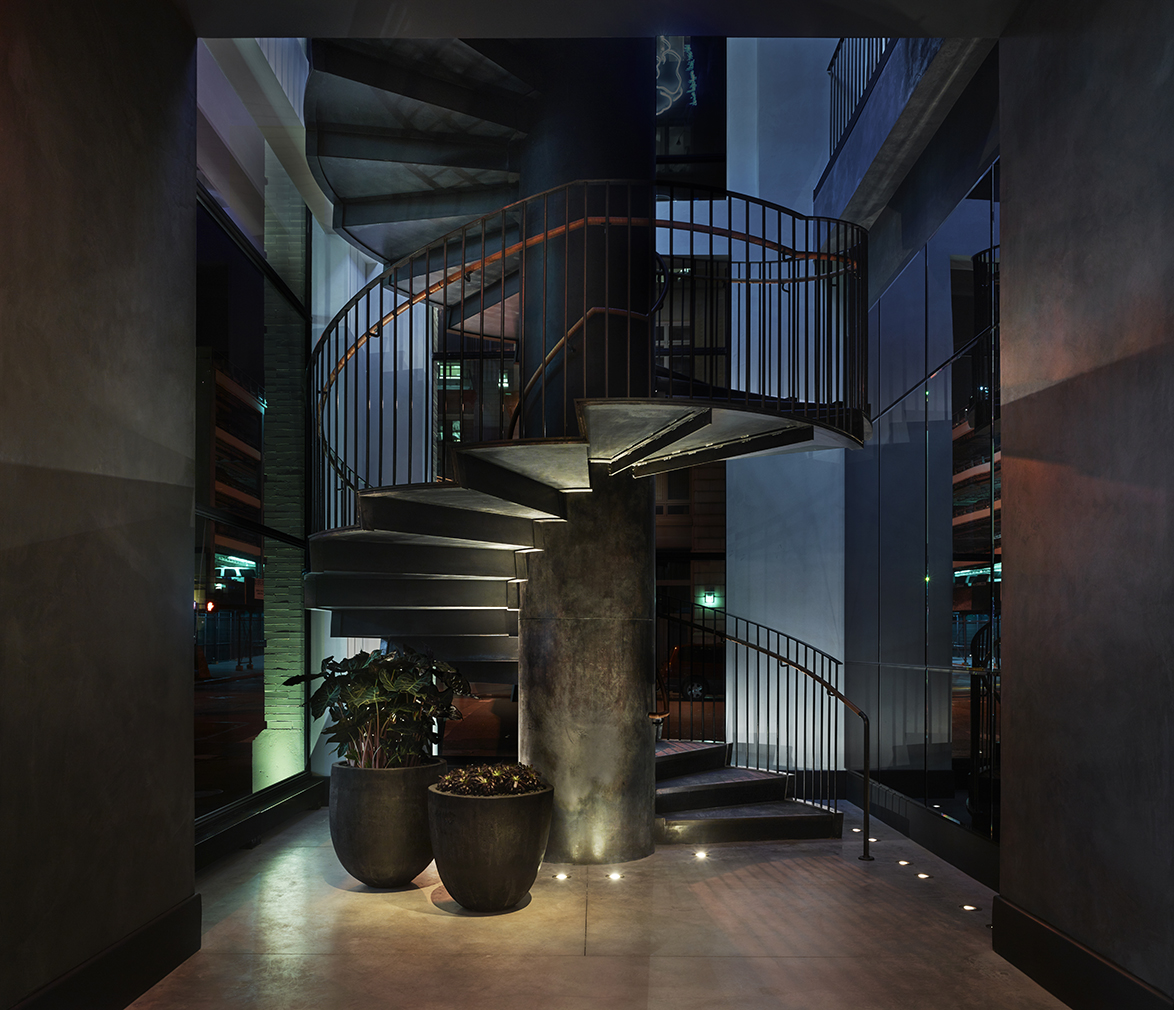 Hotel owner and art collector Aby Rosen curated works for every nook and cranny at 11 Howard. Local, emerging artists – under the guidance of Jeff Koons – created a mural on the building’s southern wall.

One of Calder’s last mobiles from 1976, the year he passed, graces the hotel lobby while a bespoke spiral staircase offers views of a neon art piece by Dan Attoe.

Meanwhile, the hotel’s own arts and co-working space, The Library, displays the work of photographer Hiroshi Sugimoto. The Blond, 11 Howard’s bar, becomes a nightclub and connects to an events room called The Creative Studio, which features a specially commissioned silk mural by painter and fashion designer Holly Fowler.

Le Coucou, the hotel’s restaurant, will be helmed by head chef Daniel Rose and is set to open in May 2016.

11 Howard is a member of the Design Hotels collection