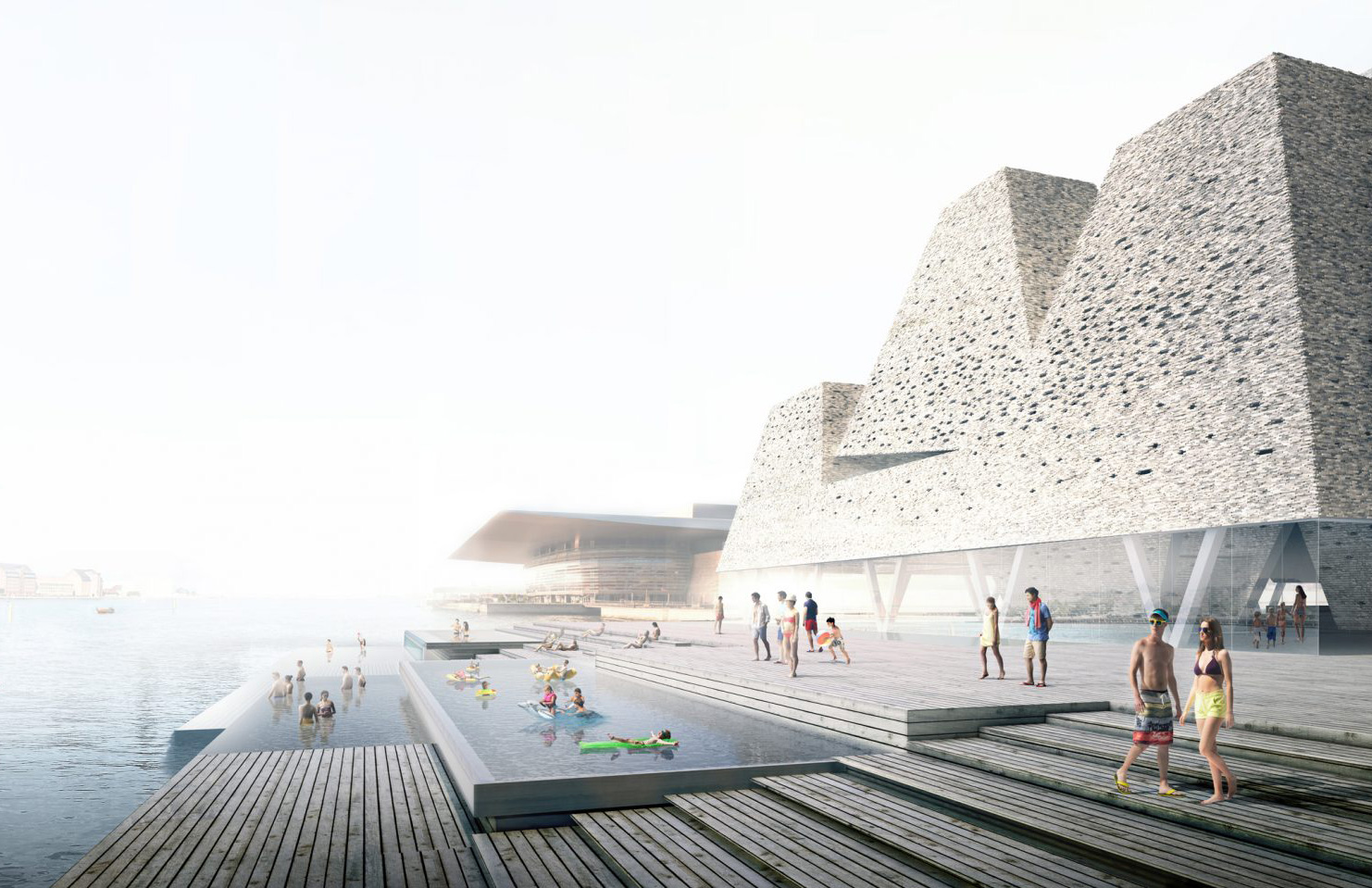 Via Kengo Kuma and Associates

Kengo Kuma has won a competition to design a new aquatic centre on Copenhagen’s ‘Paper Island’ – and it features soaring brick pyramids.

The Japanese practice beat BIG and 3XN Architects to design the Papirøen Waterfront Culture Center, which is at the heart of the man-made island’s transformation into a thriving culture hub, master planned by Danish practice COBE.

Says the practice’s architect Yuki Ikeguchi: ‘Our focus in design is to create an experience, and not just a standalone object, in the form of the landscape, art and architecture that are unified and defined by the water. Our design proposal strives to offer the diverse experiences of water in various states and conditions such as reflection of light and shadow, steam and flow that appeal to human senses.’

Mountain-like ziggurats echo the roofline of COBE’s adjacent building – which will host street-food markets, events and fashion shows – and surround the outdoor swimming pools, creating an artificial landscape built from earthy bricks. Inside the centre, these pyramids are inverted with glazed bottoms that channel light down into the pools below.

The 29,000 sqm artificial landmass – officially known as Christiansholm, but nicknamed for its history storing newspaper for the Danish Press – is the last undeveloped island in the city’s harbour.

Both the Waterfront Cultural Center and COBE’s master plan and are slated for completion by 2021. In the meantime, the finishing touches are being applied to Kuma’s hotly anticipated V&A Museum of Design Dundee, which opens on 15 September.

Read next:10 museums opening this year