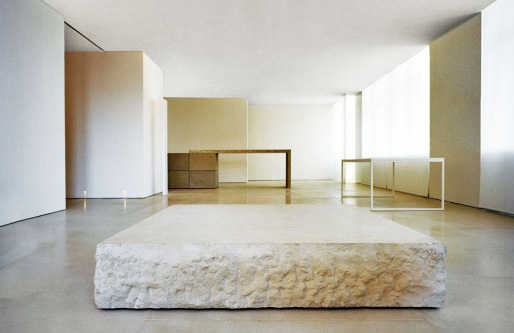 Kanye West made waves when he announced he was adding an architecture wing to his brand YEEZY earlier this year. But the rapper has been dabbling with the built world for over a decade – and has just sold the 2007 New York apartment he collaborated on with architect Claudio Silvestrin.

According to reports, the minimalist one-bedroom Soho dwelling was snapped up $3m in an off-market deal by another resident in the building.

The fourth-floor New York apartment was originally two units that West and Silvestrin combined to create the sleek home. Its star-draw is the master bedroom suite, complete with a massive granite slab bathtub. A second monolithic stone island has been installed in the kitchen as a kitchen bar.

Because the sale was off-market, details and photographs of the space are hard to come by, however the 200 sqm bolthole looks like it provided a dose of inspiration for the minimalist aesthetic of the recently unveiled YEEZY Home Social Housing Project.

According to Vogue, the neutral tones, pearwood finishes and limestone elements Silvestrin installed across the property also helped inspire his Yeezy Season 2 collection.

Read next:  Karl Lagerfeld’s lavish Hamburg villa could be yours for €10m. 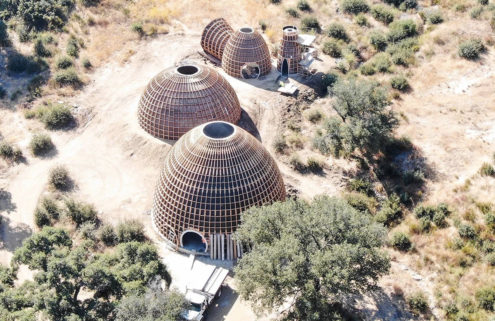 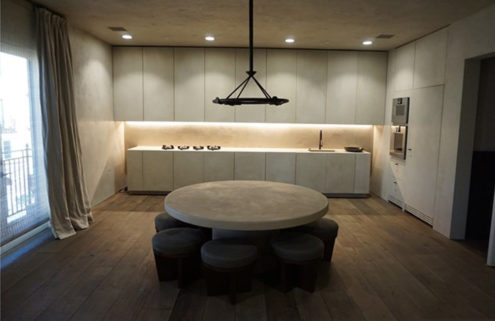 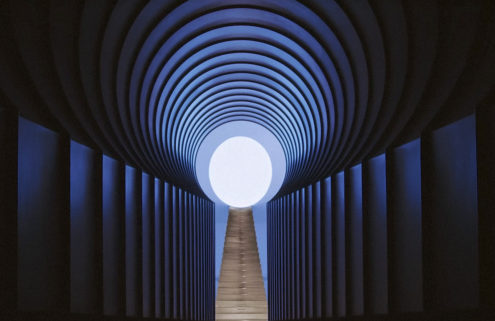