It looks like Paris but the setting in Jamie XX’s latest video is almost 6,000 miles away in China.

Directed by Romain Gavras, ‘GOSH’ shows a leader and his army of young martial artists in Tianducheng – a ghost town on the outskirts of Hangzhou that was designed as a replica of the French capital.

Tianducheng has a 300 ft copy of the Eiffel Tower, Haussmannian-style buildings and a main square named after the Champs Elysées. Away from the town centre are a series of Brutalist housing blocks. Gavras used drone photography to capture the 400-strong cast within these empty settings.

Construction on Tianducheng began in 2007 but, today, the town holds just a fraction of the 100,000 residents it was meant to house. 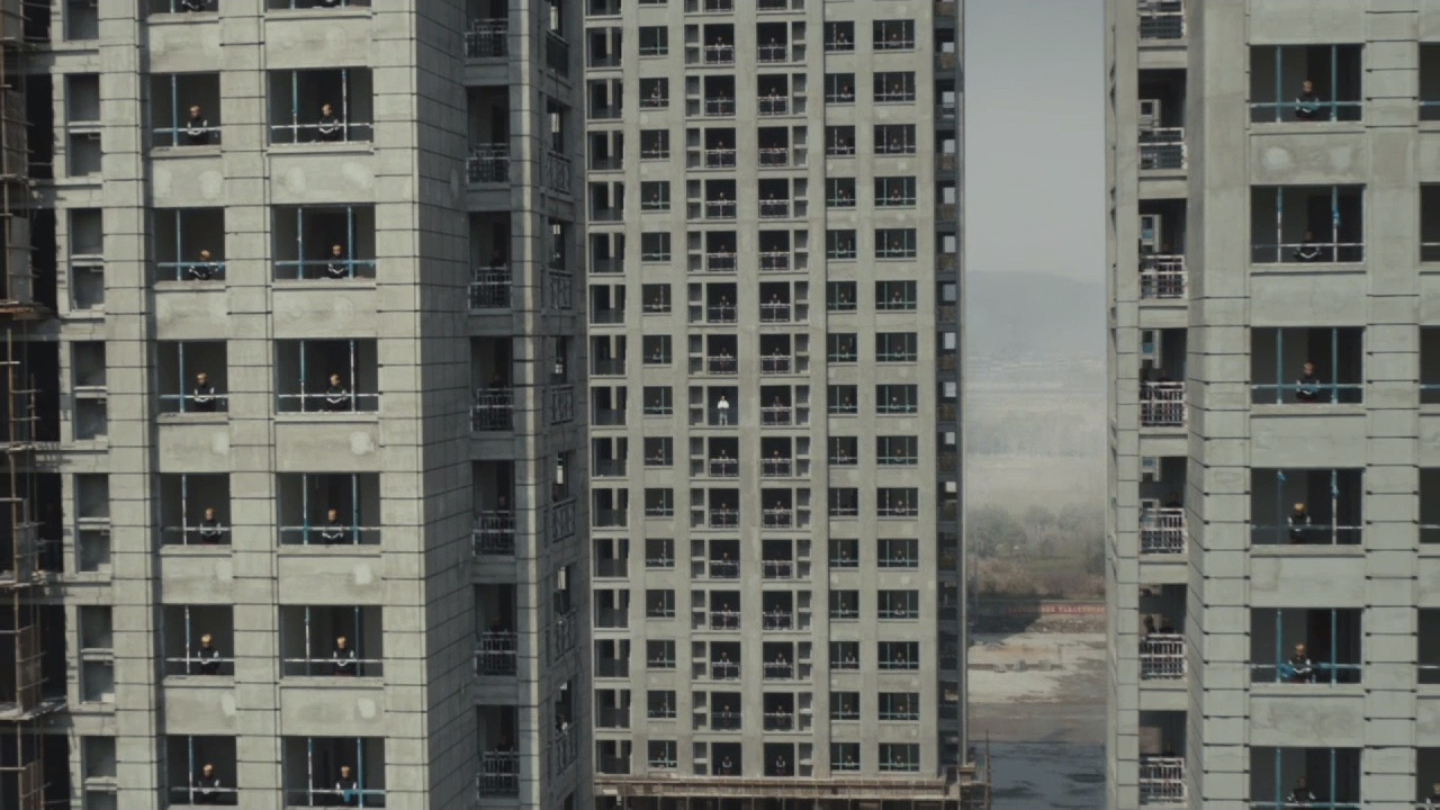 Gavras has previously directed music videos for MIA in the Arabian Desert and The Last Shadow Puppets in Moscow.