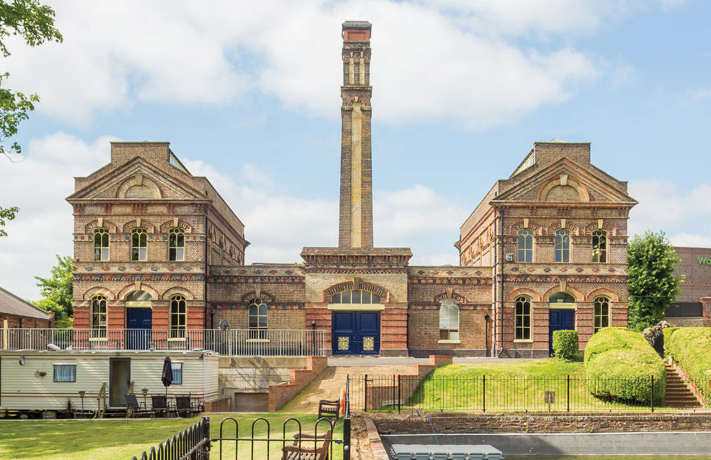 Buyers can get their hands on a slice of Britain’s industrial history in Brighton and Hove, where the Grade II-listed British Engineerium museum has hit the market.

The Gothic Victorian structure was built in 1866 as Goldstone Waterworks and pumped 12 million litres of water into houses across Brighton and Hove for over 100 years. When an electric site was constructed to replace it, the building was threatened with demolition before steam and engineering expert Jonathan Minns campaigned to get it listed – and ultimately bought the site.

He opened the Engineerium to the public as a museum in 1976 after restoring parts of the complex. It was later acquired by developer Mike Holland in 2006 and has been extended and restored extensively over the last 10 years.

Chris Oakley of Oakley Property is now selling the cluster of 19th-century buildings as an investment opportunity.

Says the agent: ‘It’d [be] wonderful if a new investor continued with the plans for completing the themed attraction in full, particularly as the site is very close to many schools. The steam engines original buildings are Grade II Listed and must remain; however, the (sic) could also be an inspiring media centre, or unique multi concession leisure and dining experience.’

Other options being mooted for the 33,635 sq ft site include transforming it into medical or educational facilities, or company headquarters.

Price is on application, but according to Brighton & Hove News, Holland is thought to have paid £2m for the High Victorian buildings, and £1m for the historic collection of steam engines. He’s also estimated to have spent around £10 million upgrading and restoring the complex.

Included is a two-floor exhibition hall that is designed to display fully working steam engines, a gatehouse, ticket hall, shop and café. The Brighton commercial property sits on a 2.5-acre estate next to the Greyhound Stadium and City Park business district.

Expressions of interest must be submitted by Friday 8th June. Start your engines.