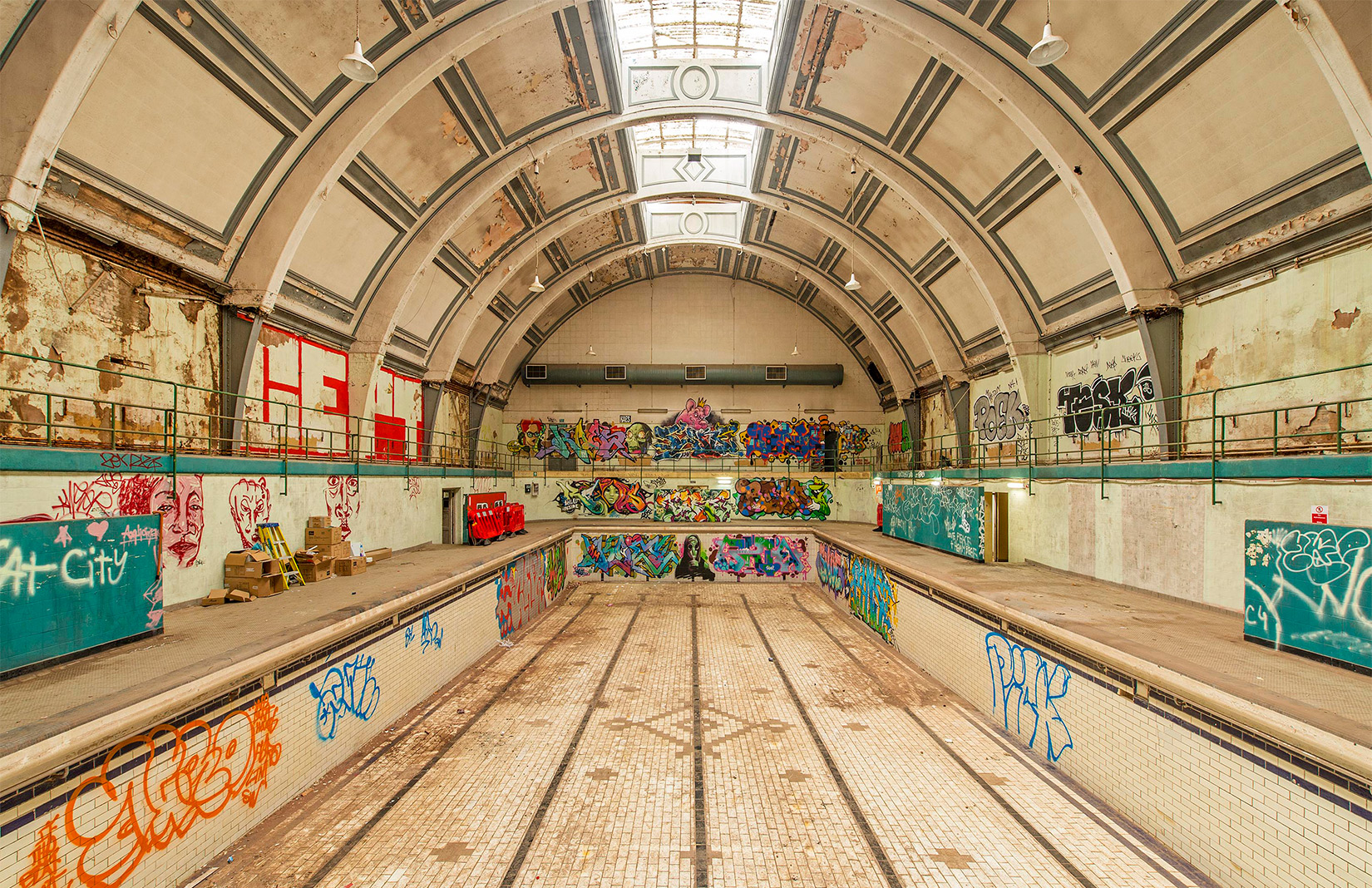 East London’s languishing Haggerston Baths are to undergo a £25m transformation into shops, restaurants and an exhibition space.

The Grade II-listed Edwardian swimming pool complex was built in 1904, and features a soaring vaulted pool hall. It closed in 2000, and fell victim to vandals while the cash-strapped council sought options (and investors) to bring the defunct pool back to life.

Now, after consulting with local residents, Hackney council is set to ink an agreement with Castleforge Partners to redevelop the colossal structure. Castleforge’s adaptive reuse proposal – which includes a mix of restaurants, cafes, work and retail space on the site – was selected by the public, ahead of rival schemes seeking to turn it into a boutique hotel and business hub.

Hackney’s mayor, Philip Glanville said: ’There’s no longer sadly going to be a municipal swimming pool as it was in a previous life, but [the plan] safeguards the heritage value of this building and ultimately leads to it being opened up for community access, and hopefully leads to community uses and new employment space in that part of the borough.’

Not everyone is happy at the news however. Mike Coysh, chair of the Save Haggerston Pool campaign said: ‘We’re very very disappointed that there’s no swimming pool included in the plans.’

It’s the second London bathhouse this month get the green light for adaptive reuse: South London’s Ladywell Playtower is set become a Curzon Cinema after plans were approved to restore the Neo-gothic landmark. Part of the complex will include apartments.

Not all of Britain’s historic bathhouses are being put to new uses, however. Elsewhere in the country, many Victorian and Edwardian era swimming pools are undergoing a revival, restored to their former glory for a new generation of users.

Read next: London’s Victorian Bath House becomes an events space with a difference