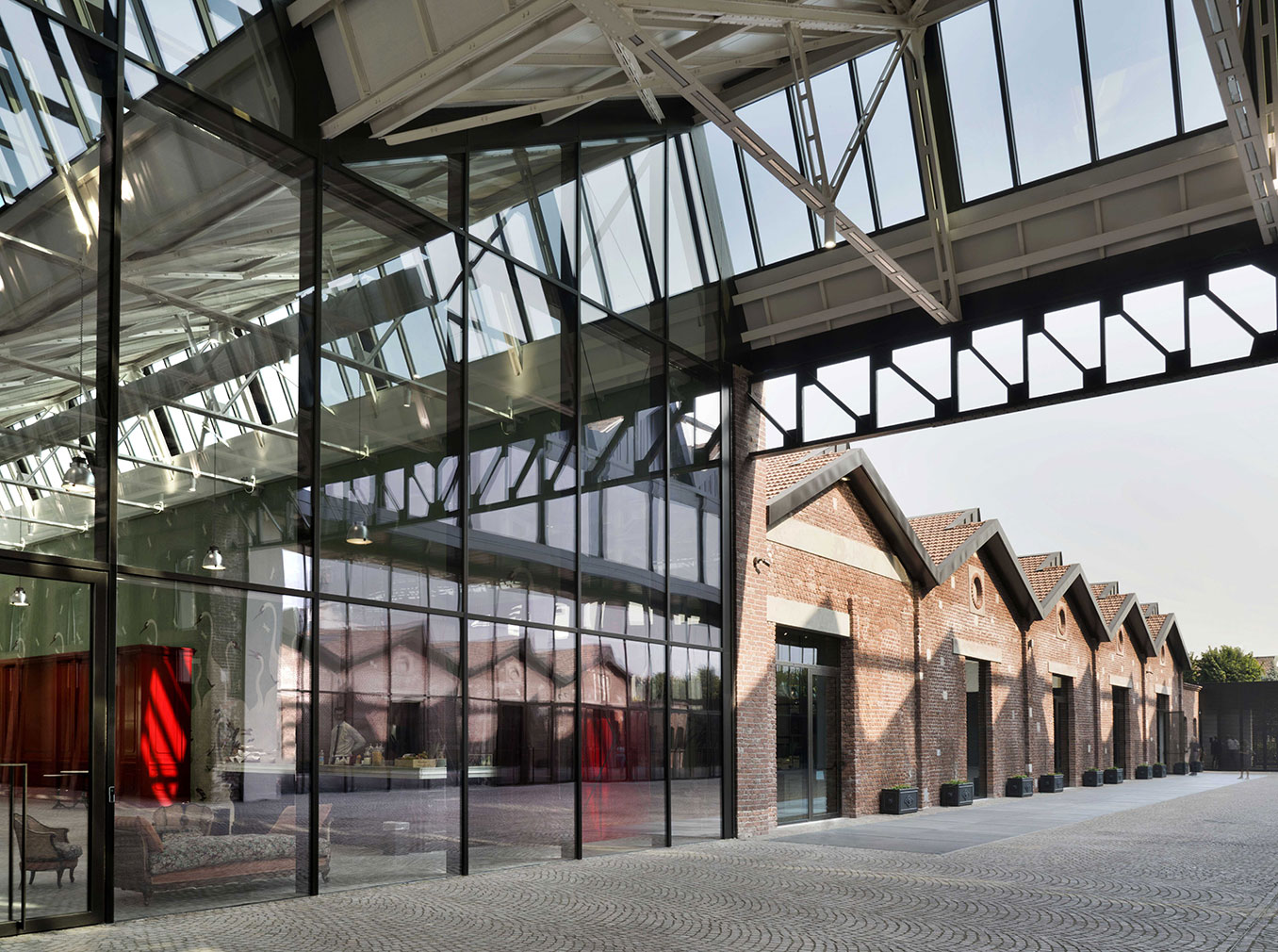 It’s a big week for Gucci. The Florentine fashion brand is marking Milan Fashion Week by officially opening its new digs in an old aeronautical factory in Forlanini.

Gucci enlisted the skills of Piuarch – a Milanese studio – to bring the crumbling 1915 Caproni buildings back to life, turning them into offices, showrooms, and photography studios. They have resurrected the old airplane hangars too, which will begin hosting fashion shows next year.

The 35,000 sq m Gucci Hub is a milestone for the 95-year-old fashion house, which is being re-envisioned by new creative director Alessandro Michele, who joined last year. 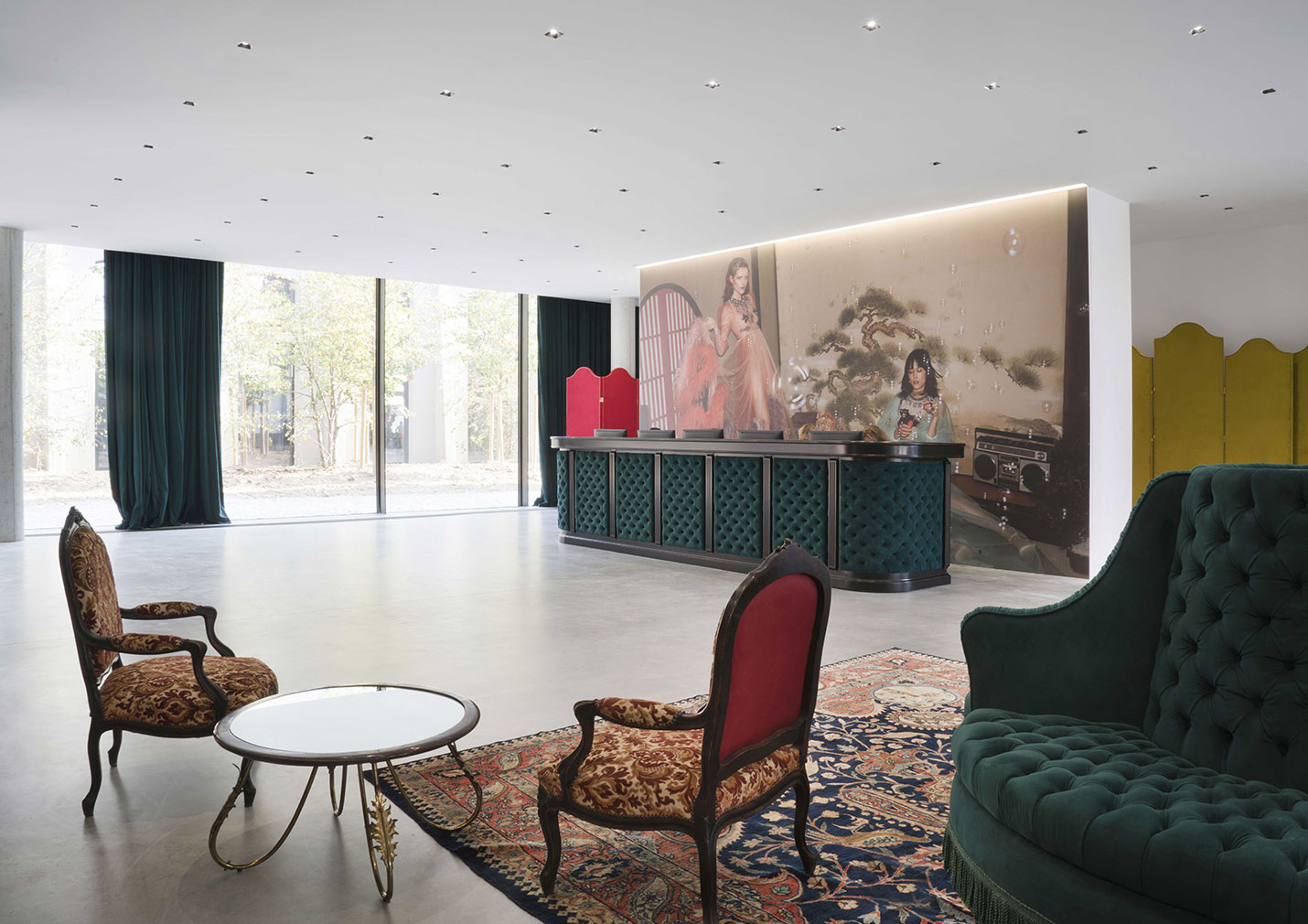 Says Gucci president, Marco Bizzarri: ‘The concept and design of our new Milan location symbolise every aspect of the new chapter that Gucci opened at the start of last year.’

Bizzarri adds: ‘This highly contemporary space, rendered from within an historic building, will foster and nurture an open working environment that is at the core of a true learning organisation. It will also become a place of cultural exchange, when we present the collections each season.’

Michele has had his hand in Gucci Hub’s interiors too: communal areas have been dressed with vintage pieces including theatre seating, bar countertops and armchairs.

Read next: Where to eat during Milan Fashion Week