A museum dedicated to silent film’s heel-clicking Charlie Chaplin will open this April at his former home in the leafy Swiss village of Corsier-sur-Vevey.

Chaplin’s World will be partly housed in ‘The Tramp’ star’s old manor, which has been restored after falling into disrepair. A new building by the property’s garage features a recreated Hollywood studio exploring his on-screen work.

Grévin, the museum operator, described the attraction as ‘a path of discovery, both touching and amusing, of an artist who put burlesque on the map, revolutionised the Seventh Art and conquered the world through laughter and tears’.

Sited between Lake Geneva on one side and the mountains on the other, the museum will have an outdoor area. There will also be a cultural programme, including film screenings, as well as an art gallery for graphic artists.

Its opening on 17 April – a day after what would have been his 127th birthday – will be the culmination of Grévin’s 15-year journey to get the project up and running. Its efforts along the way have been beset by difficulties in gaining building permission as well as a lawsuit filed by a neighbour.

London-raised Chaplin lived at the Swiss manor for 25 years after he was banished from the US over suspicions about his Communist sympathies. He died in 1977 and is buried in a nearby cemetery. 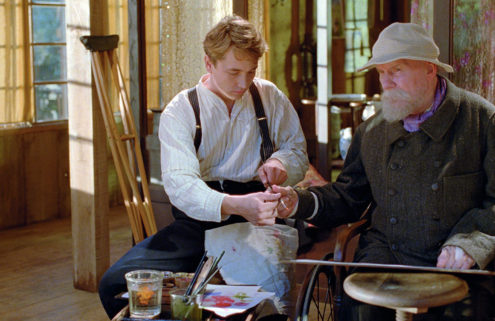