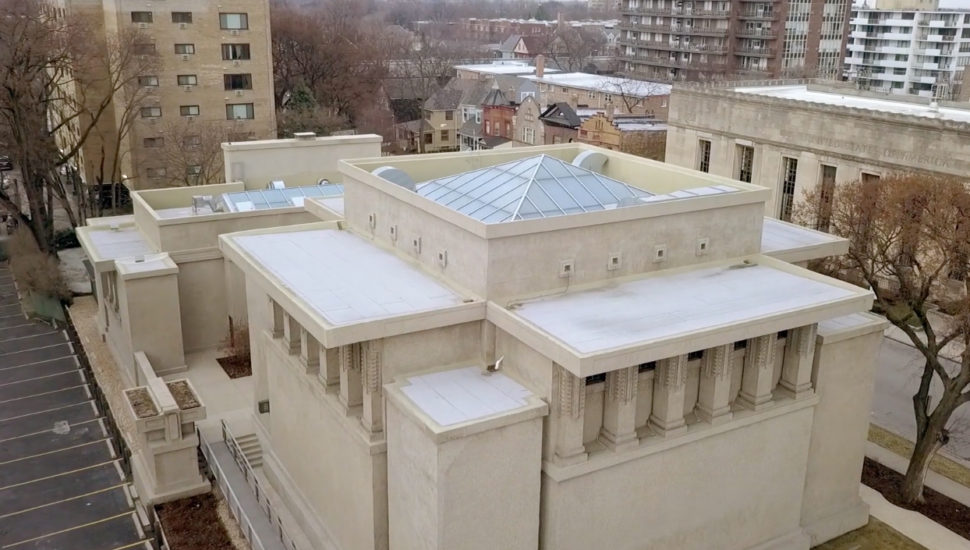 Unity Temple is located in Illinois and was designed for the architect’s own Unitarian Universalist congregation. Construction started on the spiritual space in 1905, and it was completed in 1909 – three years late, as the result of untested construction techniques and Wright’s tendency to modify the designs partway through.

The church is characterised by its poured-in-place concrete exterior, decorative windows and the coffered glass ceiling. It was designated a National Historic Landmark in 1970, but by 2009 needed critical repairs, which were completed by Harboe Architects and a team of specialists in 2017.

The film is streaming from 30 October to 15 November 2020 via its website.

Looking for architecture on the silver screen? Check out our other ‘Weekend watch’ recommendations