Boathouse in Henley-on-Thames hits the market 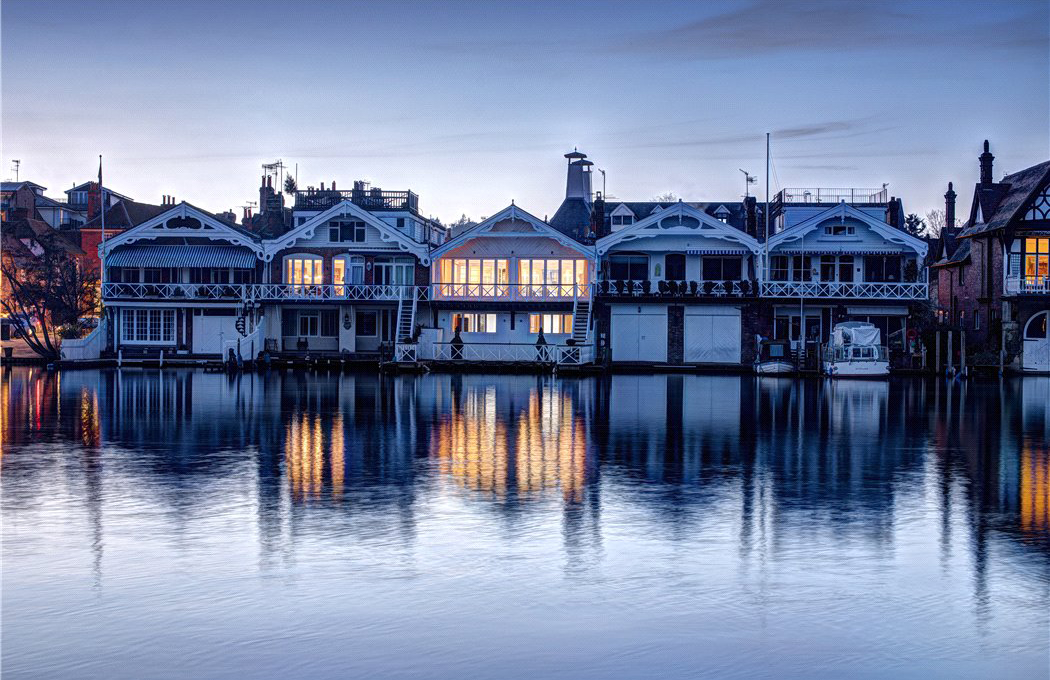 You can watch the Royal Regatta from the comfort of your balcony at this Victorian riverside home in the UK’s Henley-on-Thames.

The Grade I-listed, converted boathouse is now on the market via Knight Frank with price on application. It looks onto the Leander Club (one of the oldest rowing clubs in the world) and is spitting distance from the finishing line of the town’s annual boat race.

While the Oxfordshire property’s façades date back to the 19th century, the interiors of the house have been completed rebuilt. They follow a topsy-turvy layout that maximises on waterside views of Henley Bridge to the north, and Temple Island and the Chiltern Hills downstream.

Its open-plan kitchen and living room occupying the vaulted first-floor space, which is capped by a skylit roof and white-washed timber trusses. The reception area has an enormous, carved stone fireplace, while doors and built-in storage was designed bespoke for the space.

The star of the show is the large, waterside terrace which has steps leading down to the jetty, with mooring for two boats.

The bones of the boathouse are good, although the interiors could use an update in places, especially in the three bedrooms, which are set across the ground floor. But they all benefit from big volumes.

Read next: Homes that reinvent the life aquatic