A power couple of architects have put their home inside the Barbican’s former Estate Office up for sale.

Tracey Wiles, partner at Make Architects, and Ken Mackay, who runs Mackay and Partners, bought the property in the late 2000s and transformed the 2,800 sq ft space into a five-bedroom home.

‘We were aware of the space and knew it had been empty for 10 or so years. Immediately as we walked in, we thought this is phenomenal,’ recalls Wiles. ‘It had the cosiness of a residence but the scale and materiality of the Barbican.’ 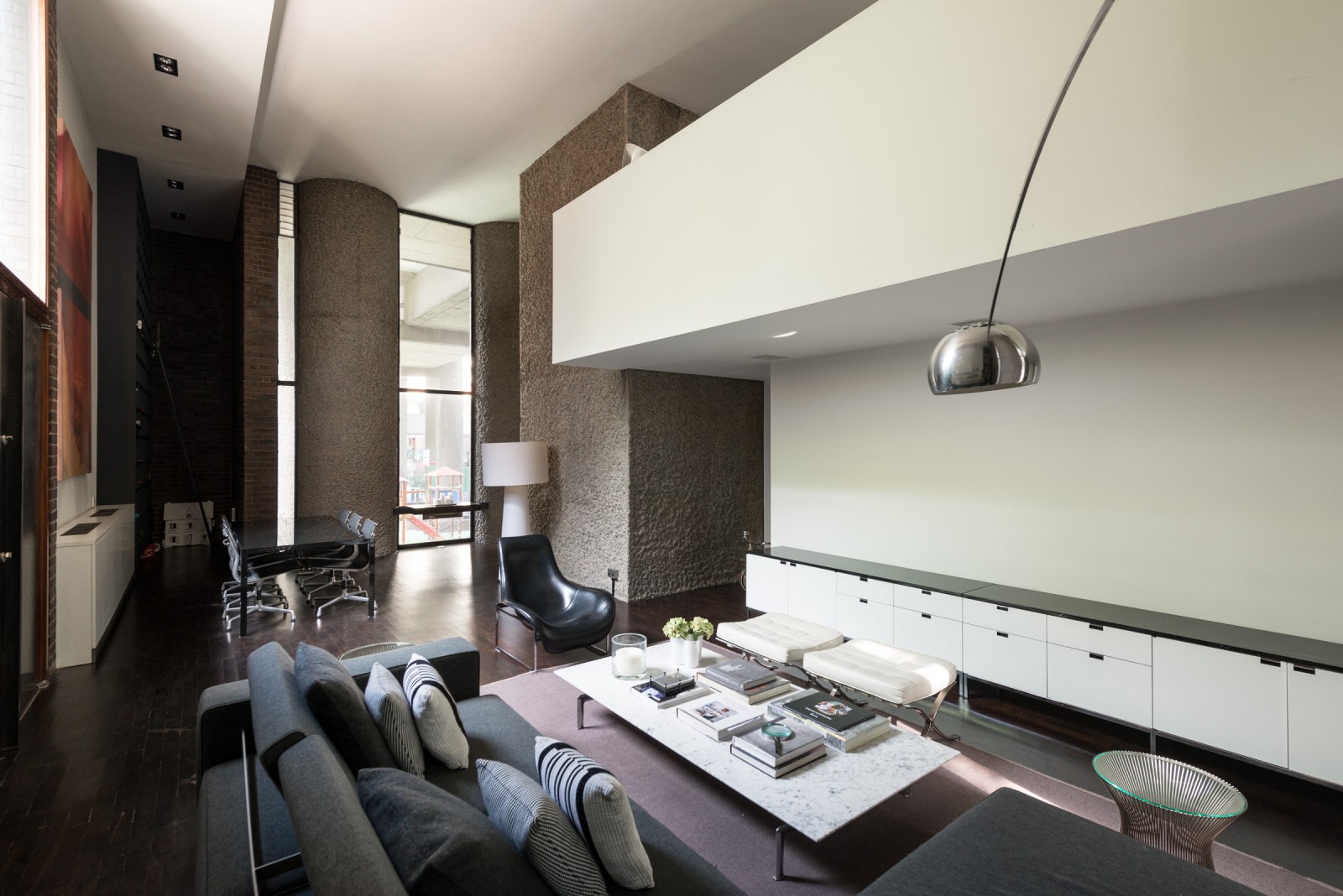 The property’s double door entrance – reached via a private courtyard garden – opens onto an open-plan living and dining space with soaring ceilings. Original concrete pillars and walls remain exposed throughout the home.

Four of the bedrooms encircle the central living area while the mezzanine level contains the master bedroom. Mackay and Wiles added prefabricated joinery by Molteni & C as well as a kitchen from Dada, and the fittings only lightly touch the walls and pillars, if at all.

‘We did everything to not touch the concrete,’ says Wiles.

Their home has featured in some unlikely shoots, including the music video for hip-hop artists Sway and Akon’s ‘Silver & Gold’, in which a woman throws around dollar bills while lying down in one of the bedrooms. ‘Silver & Gold’ is one of a slew of music videos shot inside architects Chamberlin, Powell & Bon’s Barbican Estate.

The home is available for £4.5 million via The Modern House.