The works of sculptor Anish Kapoor have taken pride of place in a Corbusier-designed convent as part of the 2015 Biennale de Lyon.

Couvent de la Tourette, a modernist monastery built for Dominican Friars in 1960, invited the artist to showcase 13 works in the space.

‘This place is very special – the spaces have a wonderful relationship to each other,’ Kapoor said at the exhibition’s launch. ‘How can you bring sculpture into a building, which in a way is itself a sculpture? It becomes this conversation with objects inside objects.’

Kapoor has opted for works that interact with the architecture, including mirrored and reflective objects that play with the light filtering through the building.

‘The most difficult part of making this exhibition was working in the chapel,’ he added. ‘This chapel is one of architecture’s great moments – it doesn’t need another object. You have to get that balance.’

’Fifty years ago, the Dominican Friars had the audacity to reach out to Le Corbusier,’ said Brother Marc Chauveau, the exhibition curator, ‘today, we are continuing this tradition.’

The exhibition, part of the 13th Biennale de Lyon, runs until 3 January 2016. 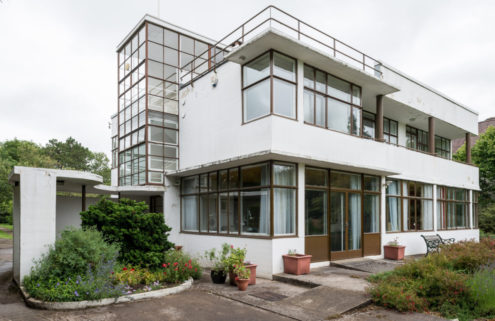