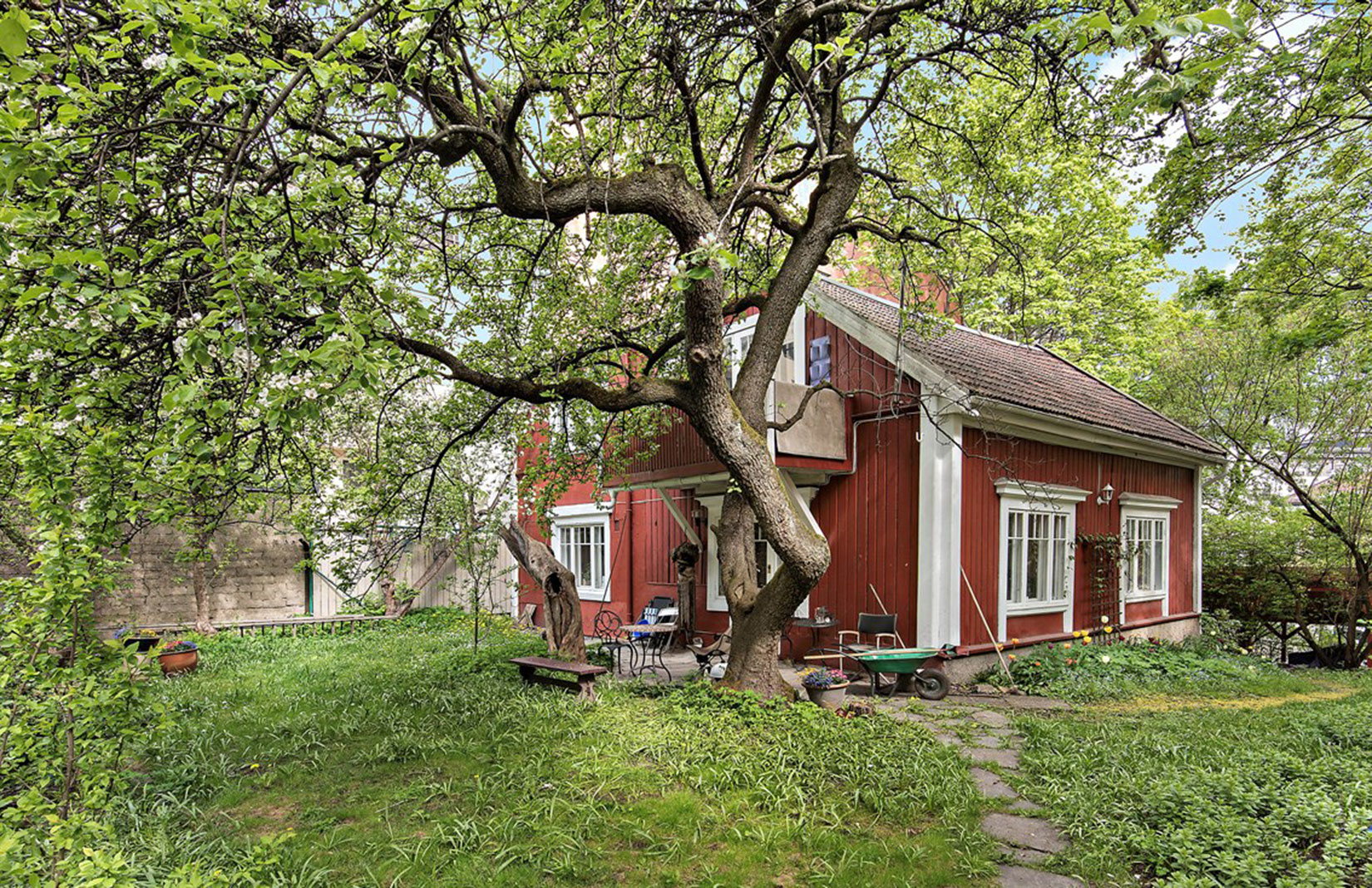 Edvard Munch was just a fledgling artist when his cousin asked him to paint her clapboard Oslo home, which has just hit the market for 18m Norwegian Kroner.

His interior scene of the 2,500 sq ft, two-storey home was ‘The Scream’ painter’s first commission. Named ‘The Living-Room of the Misses Munch in Pilestredet 61’, the 1881 artwork now resides in the permanent collect of Oslo’s Munch Museum.

‘Yesterday I completed the painting for the Munch aunts,’ wrote a 17-year-old Munch in his diary on May 5, 1881. ‘To mark the occasion, they served me a large cup of chocolate, and then gave me quite a beautiful sketchbook as a remembrance.’

The four-bedroom, 19th-century Oslo property sits in the Bislett neighbourhood. Since his cousins Caroline and Henriette Munch lived there, more notable women have taken up residence, including WWII heroine and lawyer, Asvor Ottesen, and Norwegian actress Rut Tellefsen, who has lived there since 1986, hosting many a party in the leafy garden. The house’s interiors may look a little different from the painting today, but its wooden frame remains intact, safe-guarded by the property’s protected status.

Tellefsen is now moving on from the house, which is for sale via Knut Rickoff Christensen of Eie Eiendomsmegling.

[Via The Wall Street Journal]

Read next:
Should this UFO-shaped home be built outside Edvard Munch’s studio?
12 incredible artists’ homes you can visit 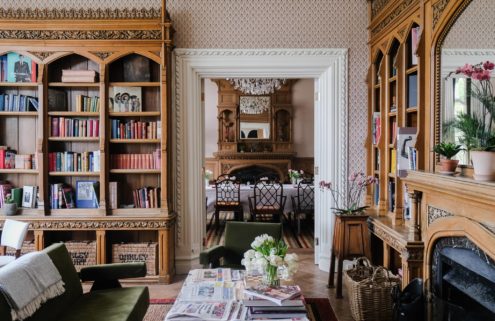