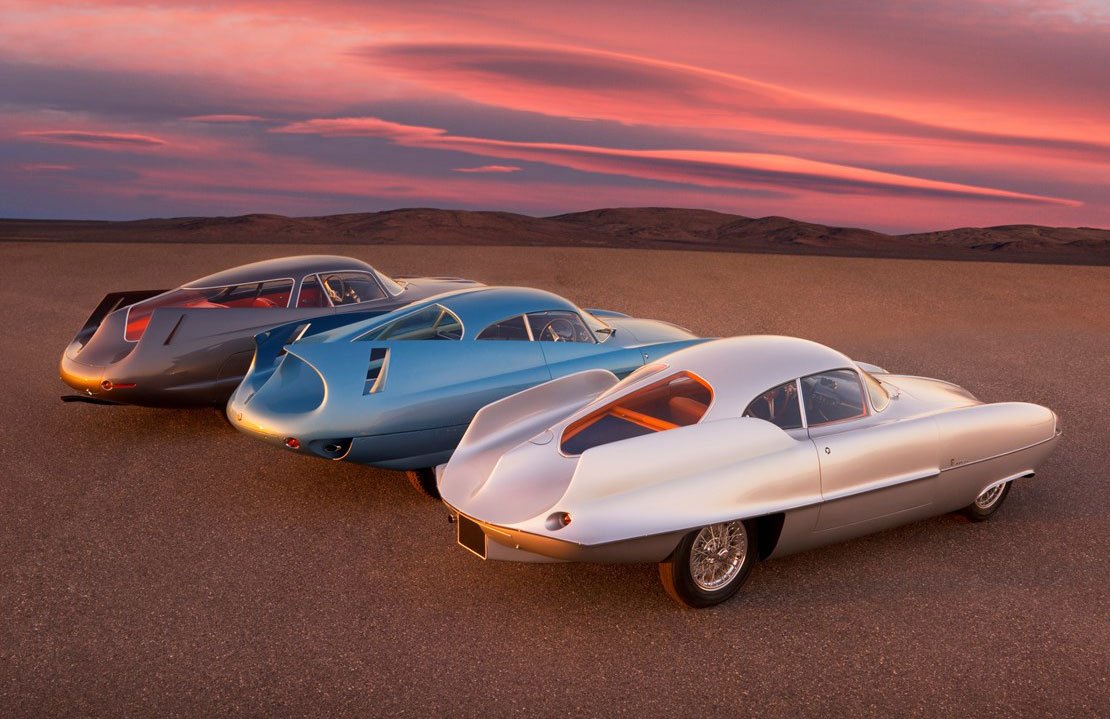 18 October 2020: Vintage car enthusiasts can get their hands on a rare trio of Alfa Romeo BAT concept cars designed by legendary designer Franco Scaglione this month as they head to the auction block with RM Sotheby’s.

The trio – numbers 5, 7 and 9 – are being sold as a single lot as part of the auction house’s upcoming Contemporary Art Evening. But their new owner will need deep pockets, as they’re expected to fetch up to a whopping $20m.

Scaglione designed the aerodynamic vehicles – built between 1953 to 1955 by Carrozzeria Bertone– for the show circuit scene. The ‘moving sculptures’ were bought by their current owner in 1989 and fully restored. And while they’ve appeared at many car events over the last 30 years, this trio of BAT concept cars has never been offered for sale before as a group.

Says RM Sotheby’s chairman Rob Myers: ‘These three truly spectacular cars are amongst the most instantly recognizable and important pieces of automotive design ever produced.’

The live auction will occur at 6 pm on 28 October 2020 at Sotheby’s New York, with the cars being auctioned alongside artworks by Mark Rothko, Clyfford Still and Robert Ryman.