A graffiti-covered truck by Banksy heads to auction 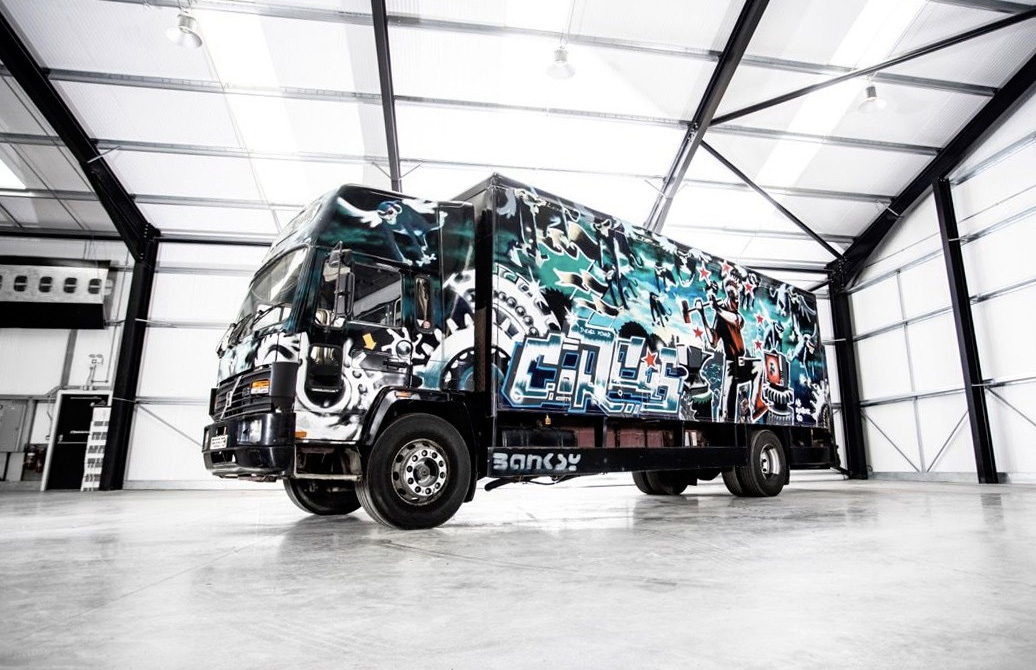 A Volvo FL6 truck covered in graffiti by artist provocateur Banksy is headed to auction this month – and it’s expected to fetch over £1m.

The 17-tonne ‘mobile artwork’ belonged to Turbozone International Circus, who used it to transport equipment across Europe and South America. Company co-founder Mojo presented the lorry to Banksy as a blank canvas during a party in 2000.

The Bristol-based artist worked on the vehicle, Dubbed Turbo Zone Truck (Laugh Now But One Day We’ll Be In Charge), for two weeks, painting its cab and sides with flying monkeys, soldiers and a hammer-wielding man about to smash a TV.

It will go under the hammer on 14 September at Bonhams Goodwood Revival Sale alongside an ultra-rare 935 Bugatti Type 57 Atalante Faux Cabriolet – also with an estimate of £1m-1.5m.