5 finds from across the web: swimming pool tennis, the world’s longest tunnel and more

Catch up with highlights from this week’s digital travels…

The French Open – wrapping up this weekend – takes place on clay while Wimbledon will be played out on grass. But how would tennis look on water? Avaunt Magazine commissioned artist and photographer Joseph Ford to create an anamorphic image of a tennis court in an abandoned swimming pool in Glasgow. Check out more pictures here.

After 17 painstaking years of digging and burrowing, the world’s longest, deepest tunnel is now open in Switzerland. Head to designboom to tour the 35-mile high speed rail link running beneath the Swiss Alps.

The labyrinth architecture of Venice

‘There’s no need to build a labyrinth when the entire universe is one,’ Argentinian author Jorge Luis Borges once wrote. Photography and filmmaker Riccardo de Cal has taken cues from the writer’s words in Into the Labyrinth – a photo essay exploring the more mystical, maze-like details of Venice’s architecture. The project will be on show in a new exhibition starting 17 June at the Fondazione Querini Stampalia. Find out more on Creative Boom.

Cuba’s national art schools on the edge of Havana were once shining beacons of the country’s revolution – reminders of how Fidel Castro and Che Guevara brought cultural education to the masses. Two of the five Modernist buildings that housed the schools are now cited on the 2016 World Monuments Watch, underscoring just how fragile a state they’re currently in. CNN takes us through the past, present and possible future of the arts schools. 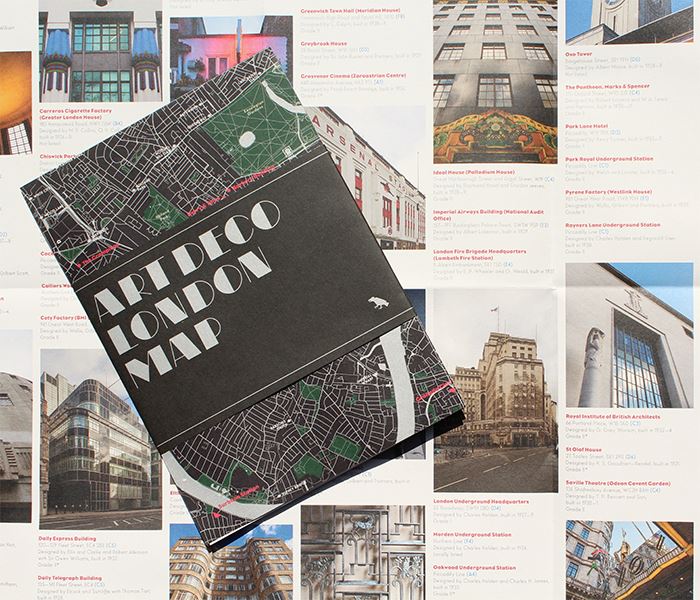 A map of London’s Brutalist behemoths was one of our top 10 gifts to buy over the holiday season last year. Its creators have now returned with an Art Deco version, pinpointing landmarks such as Senate House, the Hoover Building and the Adelphi. Head to Blue Crow Media to find out more.