5 finds from across the web: English seaside wonders, Greece’s abandoned towns and more

Catch up on highlights from this week’s digital travels…

Seaside wonders whatever the weather

If there’s one thing you can rely on, it’s the unpredictability of the English weather. That’s why the county’s seaside towns developed architectural treats that can be enjoyed come rain or shine, from Brighton’s Royal Pavilion to Britain’s oldest surviving rollercoaster in Margate’s recently reopened Dreamland. Head to Historic England’s blog for more on these seaside marvels.

Drafi: the abandoned Greek town eaten up by nature

It’s hard to believe now, but not too long ago Greece had enough money to build whole new towns. Then the economic crisis hit, putting a stop to construction. Greek-born photographer Panayis Chrysovergis has captured the empty roads and half-built homes of one of these ‘graveyard’ towns in Drafi, just outside Athens. See the photo essay on The Guardian.

Watch your step in this Japanese ceramics shop

Most people worry about smashing the stuff, but designer Yusuke Seki has embraced the fear, creating a shop floor made from 25,000 pieces of ceramics for Maruhiro’s flagship store in Nagasaki, Japan. The cups, bowls and plates – filled with cements to make them sturdier – are throwaways from factories in the local Hasami area, famous for its ceramic production. Read more on iGNANT. 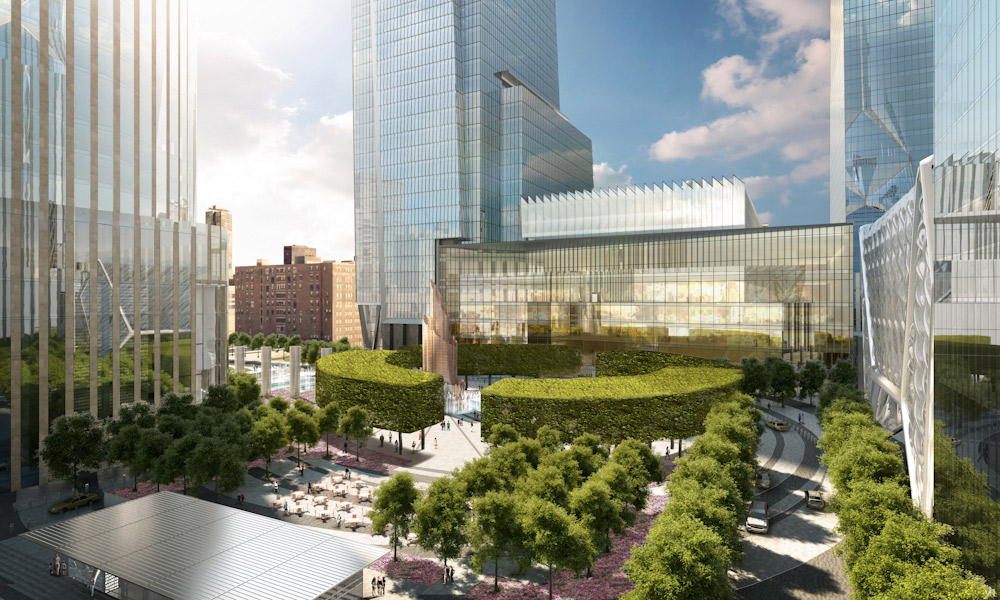 First the High Line, now a garden above tracks servicing New York’s Penn Station – Manhattan has an obsession with its railway parks. The proposed Public Square, designed by landscape architects Nelson Byrd Woltz, will be made up of 28,000 plants and a forest of 200 trees. See the plans on Quartz.