5 finds from across the web: a North Korean bus tour, sustainable ghost town and more

North Korea through a bus window

There’s a certain mystery about the Hermit Kingdom, so anything that lifts the lid on the closely guarded country is always an eye opener. Demi Poulpe’s photographs of the country – taken through a bus window – are no different, offering an insight into everyday life there. Head over to Photogrist for more.

From green town to ghost town

Masdar in the UAE was supposed to become the world’s first zero-carbon city and be a beacon of sustainable living. Work on the 6 sq km ‘town of the future’ – masterplanned by architects Foster + Partners – began in 2008 and was originally scheduled for completion this year. But with only 5% of the project built, and just 300 living in the city, The Guardian asks whether the ambitious green town could become a ghost town.

The world without water

In his latest work, artist Joel Krebs confronts the potential aftermaths of global warming, imagining the world’s most recognisable landmarks in drought-stricken environments. Gone are the greens surrounding Rio’s Christ the Redeemer and the river water flowing under Tower Bridge – instead we’re left with arid, barren lands. designboom has more.

Another bubble house opens to the public

You may have seen the Antti Lovag-designed ‘Bubble Palace’ featured on our site a few months ago, but it’s another of his works that’s been making the news this week. Maison Bernard in the south of France, one of the late architect’s lesser known houses, is opening to the public following five years of renovation work. Head to Wallpaper* for more. 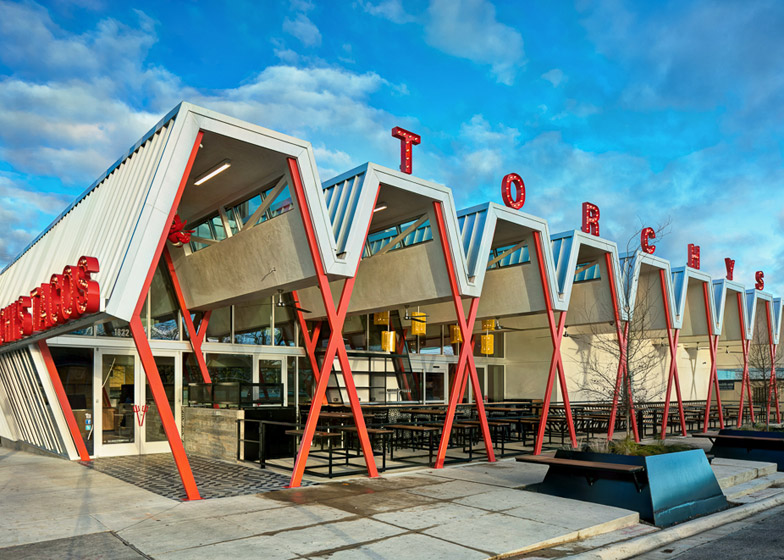 This taco store might look like it’s straight out of the 1950s, but it’s an entirely new creation by Chioco Design. Torchy’s taco shop has been built onto the side of an existing 1970s hamburger joint in Austin, Texas – and it channels Mid-century vibes hard. Dezeen delves into its unusual design.