5 finds from across the web: the world’s best sports stadiums, bullet train art and more

Around the world in 60 stadiums 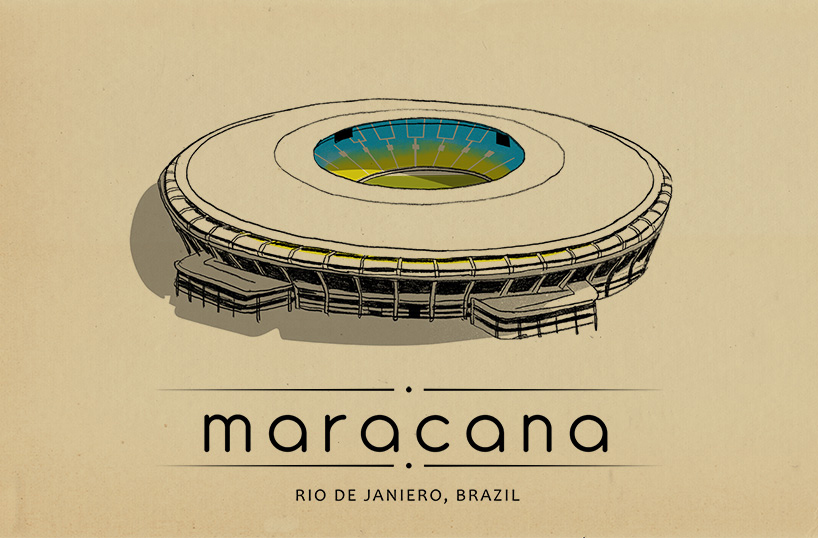 A summer of sport is upon us, with the Euro 2016 football tournament and Rio Olympics set to kick off in the coming months. Soon thousands of lucky ticket holders will be streaming into the world’s biggest stadiums while the rest of us enjoy these modern-day coliseums vicariously via our TVs. To soften the blow, artist Lehel Kovacs has illustrated 60 sports stadiums, including the Maracanã in Rio and Paris’ Stade de France, in postcard form – as seen on designboom and his Kickstarter page.

A couple of weeks ago, we saw plans to cover the interiors of French trains with Impressionist art. Japan’s rail service clearly took note, and have now introduced a travelling art gallery in its bullet trains. Find out about ‘the world’s fastest art experience’ on Hyperallergic.

There’s a drive-thru for everything…

Who said drive-thrus were limited to fast food? WebUrbanist has compiled a list of the weirdest and most wonderful businesses offering the service, from a gun and alcohol store called Double Shot to a tattoo parlour.

Indian street artist Daku usually works with paint, but his latest installation relies solely on sunlight. Up until this week, the Lodhi Coloby building in New Delhi would spell out a myriad of words in shadows but the changing position of the sun means the work – titled Time Changes Everything – won’t be viewable again until 15 August. Head to Highsnobiety for more.

Mine’s bigger than yours 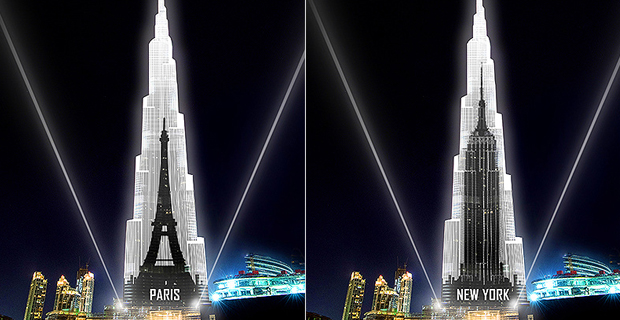 Dubai’s Burj Kahlifa is the world’s tallest tower, and it wants to rub its height in the faces of its smaller rivals. Minus5 Architects and Studio Mr.White have come up with a proposal to project full-size silhouettes of supertall structures such as the Eiffel Tower and Empire State Building onto the Burj Kahlifa to show just how much the 2,722 ft skyscraper dwarfs them. See more on Curbed.